“If you tell a lie big enough and keep repeating it, people will eventually come to believe it.” –Joseph Goebbles, Nazi Propogandist

Republicans warn of impending disaster if the Federal Government’s house is not put in order.  If we continue to do nothing about it, Romney, Ryan and the Republicans will most certainly be right. The question is whether the economy can survive the harsh medicine that these doctors prescribe. 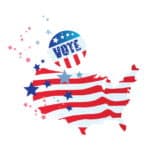 The way to balance the budget, according to the GOP plan, is to cut income and corporate taxes, eliminate at least some tax deductions (no details), preserve defense spending (already larger than the next five nations combined), cut Medicare spending in the 2020s, trim other government spending and gradually shrink the deficit and balance the budget sometime over the next ten years (yeah, right).

In my last column I examined the fallacy of believing today’s promises by politicians that don’t come to fruition for a decade or more. Liberal economists argue that the Romney plan would boost unemployment by slashing public spending next year and the year after and most likely drive the economy into recession. But Mitt Romney knows this as well.

In an interview this spring with Time Magazine’s Editor –at-Large Mark Halperin, Romney said “…if you take a trillion dollars, for instance, out of the first year of the federal budget, that would shrink GDP over 5%. That is by definition throwing us into recession or depression. So I’m not going to do that, of course.”

There is election speak at its finest. How far apart therefore are the candidates on what they truly intend to do about the economy?

In comparison, President Obama also wants to cut income and corporate taxes. Where they differ at all is in those who make over $250,000/year. Obama wants to raise taxes on them while Romney doesn’t. In the grand scheme of things, the amount of money that taxing the rich will generate will hardly be enough to make a dent in the budget. The real value is in generating drama and stoking voter sentiment with an “us against them” mentality. Occupy Wall Street would be proud.

Both candidates want to revitalize manufacturing, improve job training, make America energy independent and expand free trade. How they differ is on the margin. Whoever wins will most likely implement the same policies as their opponent.

Take energy independence as an example. The candidates would have you believe that if the U.S. were energy independent, pump prices would go down or at least the volatility in energy prices would disappear. Nothing could be further from the truth. Global markets set oil prices not the U.S. All energy independence would mean is that on the margin U.S. companies would experience higher profits (and our government higher taxes) from higher oil and gas prices. Romney indicates he would rely on domestic oil and gas exploration including off-shore drilling to accomplish that independence. Obama would focus on fossil fuel exploration and development as well as alternative energy sources.

Where they differ the most is in how to reduce spending. Romney wants to cut government domestic programs that will ultimately impact lower and middle class Americans on the margin more than wealthier Americans, while keeping defense spending the same. President Obama would rather cut spending in both areas so that declines in spending would be a bit more modest.

As for regulation, Obama wants to enforce the Dodd-Frank financial regulations while Romney wants to repeal them. However, in the face of on-going wrong-doing by the nation’s financial sector, the Romney campaign has been curiously absent in furnishing an explanation on how they would stop these continued abuses by the financial sector.

The point of this exercise is to separate fact from fiction, rhetoric from reality, in what I see as an increasingly confused and jingoistic campaign. Both sides seem to be relying more on one-liners than substantive explanations of policy. The use of misleading data, deliberate falsehoods and confusing statements intended to incite and confuse voters seems to be on an increase as well. As such I feel obligated to try and make some sense out of this non-sense. In my next column, we’ll look at how much power the president really has in implementing the grand visions they promise.