Times are changing. Over 12 million Americans now “live in sin,” as my parents would say, and their numbers are increasing every year. As long as they remain together, everything is copacetic, but what happens when they break up? 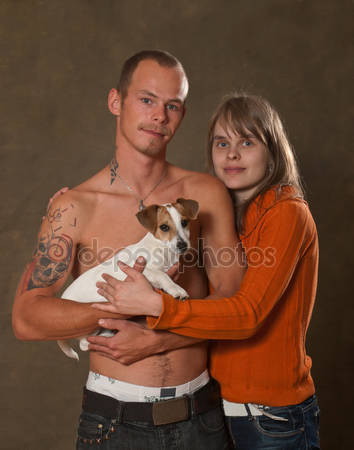 Thanks to the economy, demographics, and life-style choices, young couples today are living together and having children despite their unmarried status. In my own family, my niece is pregnant, unmarried, and has no intentions of tying the knot. Although her partner is the love of her life, they have decided (for now) to keep it that way.

And in today’s economy, there may be a lot of good reasons not to get married. Number one among them may be affordability. In my example, both parties are young and work in a drugstore, stocking shelves and clerking. They live with his mother because they can’t afford to get a place of their own. You might ask why in the world they have decided to bring a child into the world under these economic circumstances, but that’s none of my business and more and more young people see nothing wrong with it.

It could be that like most unmarried couples they are going through what I call a “test-drive” period to feel more emotionally and financially secure before making a more permanent commitment. That happens all the time. However, there are other reasons why getting married is no longer the first choice.

As earnings and education levels among men and women are flattening out, there is no longer a crying need by some women to get married just to make ends meet. It was a traditional cultural bias that no longer has relevance. Many of these educated couples are making good money but still hesitate to marry.

Statistics don’t lie and the most recent data suggest these trends are growing. Nearly two-thirds of women, ranging from the ages of 15 to 44 years old, have reported in a Centers for Disease Control (CDC) study that they have experienced periods of cohabitation. That is a 41% increase since 2002.

And the more education a woman receives, the more likely she will have lived with a domestic partner. Last year, the Wall Street Journal found that 58% of women with four years of college have lived with a domestic partner at some point. It also appears that 39% of cohabitating adults have children. Some already had kids, while 25% of these couples gave birth while in unmarried relationships, according to the U.S. Census Bureau. That’s double the rate reported in the early 2000s.

But it is not just young folks that are choosing to live this way. Older Americans are opting for unmarried relationships at a faster rate than younger people. And these Baby Boomers have no intention of tying the knot. Retirement homes, for example, are evidently hot beds of “illicit” relationships.

There are plenty of financial reasons why seniors may not want to get married. Oldsters who have been married before have financial complications and could risk the loss of certain benefits by getting remarried. Pension’s benefits, social security, health insurance and alimony come to mind. Then there is the inheritance you are leaving to the kids and/or grandchildren. For many, who have already spent time and money on estate planning, simply don’t want to make any changes and don’t feel they need to as an unmarried couple. Then there are the kids, themselves.

A lot of adult children have a hard time accepting Mom or Dad’s new relationship. Fears that their parent will be taken advantage of, (“is my inheritance threatened?”) or left heartbroken is enough to cause arguments and tensions. As a result, many seniors won’t remarry and just don’t tell their children about these relationships. That can cause yet another potential headache down the road.

In my next column, we will discuss the financial pitfalls of these new relationships. No one wants to contemplate a break-up, but they do occur, and when they do, neither party has a legal leg to stand on. It is worse if children are involved. They are ways, however, that both partners can be protected, so stay tuned for Part II.