Contrary to all the present and future trends in retailing, multi-level marketing (MLM) is still alive and well in this country. Exactly what is MLM and why are so many Americans enamored with hitting up their friends and relatives in an effort to succeed at personal retailing? 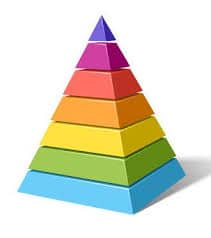 MLM is a marketing strategy in which the sales force is compensated not only for what they sell but for the sales of other people they recruit. These new recruits in the chain are referred to as the participant’s “downline” and, if done right, can provide multiple streams of compensation.

Most readers are familiar with these companies. Amway, Avon and Mary Kay come to mind, as does Herbalife, a company most recently accused of being nothing more than a pyramid scheme. Many of these companies have been around since the late sixties and have never accounted for more than 1% of retail sales in the United States. And yet, every day hundreds, if not thousands, of new recruits are happy to shell out money, time and effort in order to win the golden ring of promise so aptly portrayed in MLM advertising.

A look at just one jewelry website gives one a flavor of the sales pitch. Not only will you create lasting friendships, make your own hours and get rewarded every step of the way, promises the company, but “a consultant holding just 1 average party a week, earns $850/month,” while “a leader holding two parties a week with a team of three consultants will earn about $3000/month,”

For someone sitting at home as a house spouse or looking to make some part-time money, these offers can be irresistible.

“I wanted to make some extra money,” said one newly-minted saleswoman/social worker, who also happens to have a master’s degree in psychotherapy and a private practice in the same field. “It is part-time, a different kind of work and it’s fun, besides I don’t have to go back to school or re-train to sell jewelry.”

She has only been doing it for a month and has already made $1,000 plus $700 in free jewelry. All she was required to invest was $139.00 for a starter kit of forms, brochures and jewelry. So far she has held four parties. The guests have been all her family and friends in the area, which is typically how new salespeople get started. But what happens when she runs out of people she knows?

“I haven’t really thought that far ahead,” she confesses. “I’m a little obsessed with it all. I’m having fun with it, but really haven’t thought about how things will turn out down the road. I guess I could move out of my region if I wanted more clients.”

Barbara, my wife and president of Berkshire Money Management, has attended four of these events and hosted one of them. Twelve of her friends showed up and bought over $1,500 in merchandise. She received $500 in free jewelry for hosting the event.

“It’s really an excuse to get together with my women friends and have fun. I guess I’ve spent $100 per party so far, but for most of us who have attended there will come a time where we won’t buy any more. For example, I am committed to attending four more parties but at most I plan to buy only one piece.”

Granted, these are only anecdotal incidents, but clearly both buyers and sellers seem to be enjoying the process. It is these attractions which make the MLM business so enticing to so many. In my next column, we will look at the pitfalls to avoid if you are thinking of entering personal retailing on your own.