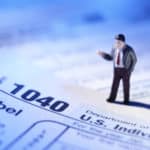 The Fiscal Cliff commands center stage. The nation’s news media is dutifully reporting every syllable uttered by anyone even remotely connected to the negotiations. But what really matters is what is said behind closed doors between Washington’s lobbyists and our elected officials.

Now that the elections are over, the debate (and agreement) among voters and parties that taxes should be raised and spending cut must necessarily come down to the details. Those details and the devils that represent them (called special interest groups) are assaulting congressional offices with convincing arguments on why their constituencies should be excluded from either tax increases or spending cuts.

It is an old story.  Theoretically, in America, I may agree that we should all suffer for the greater good of the country and the economy, as long as in reality “all” doesn’t include me. In Washington that concept prevails everywhere.  A corporate coalition, for example, is lobbying to kill any tax increases in the dividend rate. That rate, currently at 15%, could go as high as 35% or more. They argue that raising the dividend tax will hurt seniors who depend on dividends as part of their retirement savings.

Of course, they neglect to add that the vast majority of Americans (low-and middle class investors) who own dividend stocks, own them in their retirement accounts, which are excluded from dividend taxes. I suspect that raising taxes on dividends will predominantly impact the 1% of America’s most wealthy, but that’s not part of their argument.

Readers, by now, are fully aware that the sticking point between Republicans and Democrats, as far as extending the Bush tax cuts, centers upon those earning $250,000 or more annually. The Democrats do not want to extend the Bush-era tax cuts to that group, while Republicans do. Instead, the GOP would like to focus on eliminating certain individual tax loopholes, arguing that they would be less harmful to businesses, jobs and the economy.

One loophole being discussed is the tax deductibility of home mortgages for either first or second home owners or both. There is some talk about capping that deduction, although to do so would impact many middle-class Americans as well as the wealthy, argues the homebuilding industry. Their lobby won’t tolerate even a minor change in the mortgage interest deduction.

They contend that home ownership has taken the brunt of the decline in the nation’s economy and is now only beginning to recover. Monkeying with mortgage deductions would throw housing back into a tailspin and with it the majority of homeowners in this country, according to housing advocates.

AARP, the top lobbyist for retirees, is also dead set against any spending cuts to Medicare and Social Security. Even minor changes such as slowing the cost-of-living formula for Social Security recipients or extending the age of Medicare eligibility is anathema to their constituency, retirees.

Wherever you look, from charitable contributions to energy depletion allowances, some group or another has a reason, sometimes rational, sometimes not, for why the axe should be spared in their case. It appears that where individual interests are concerned, posterity is taking a backseat among America’s lobbyists and the populations and professions they represent. I suspect that if we expect our elected officials to compromise and avoid the Fiscal Cliff; Americans should first look at their own attitude toward compromise where our individual interests are concerned.