Volatility continues to be the name of the game this week within global financial markets. An action by the Chinese in devaluating their currency was the culprit. It provided yet another opportunity for professionals to profit from those individual investors who sold in panic. 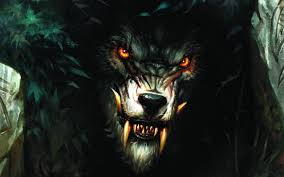 The Chinese devaluation took the markets by surprise. It wasn’t much, just a 2.9% decline, but it was a perfect excuse in this low volume August market to drive illiquid markets down. Asia, Europe and the U.S. were a sea of red as the Chinese chose to cheapen the value of their yuan over two days. It was the first major devaluation against the U.S. dollar since 1994.

Normally, the Chinese yuan maintains a close relationship with the dollar and trades 2% in either direction from a midpoint of the dollar’s value on any given day. The government now says that they will be less rigid in determining the value of their currency. The fact that exports dropped 8% last month was a wake-up call to government officials there. Their decision to devalue (if only by a tiny amount) reveals their desire to become more flexible in managing their currency.

However, pundits immediately pronounced that the Chinese actions were the beginning of a new currency war that would surely drive the world into Armageddon. Two large brokers, jumping on the band wagon, predicted that this was only the beginning of a massive 10% devaluation by the Chinese. Others said the move would most likely damage American companies across the board that export to China.

Like lambs to the slaughter, investors took this at face value and pressed the sell button indiscriminately. In today’s environment, where any bad news automatically triggers massive computer selling by high frequency traders, dark pools and hedge funds, no one stopped to actually interpret the real impact of this Chinese move.

In my opinion, the Chinese devaluation is close to meaningless in respect to your portfolio or its impact on world markets. Of course, no one told you that before the devaluation the Chinese currency had appreciated 15% against the U.S. dollar over the past two years. And that the U.S. dollar has appreciated far more than that against other currencies. Wall Street advised you that this would be bad for Japan, but neglected to tell you that the Chinese yuan has appreciated 80% against the yen over the last two years.

Hopefully, you are beginning to realize that not all is what it seems on Wall Street. Most of us do not trade on an hour by hour basis. And if you do, you should probably not be reading my column. Some readers have watched “The Wolf of Wall Street” and, honestly, a lot of what transpired is uncomfortably close to the truth. There are wolves out there that thrive on creating an atmosphere of high tension, on whipping individual investors into a state of panic.

It is at that time that you are most vulnerable to making emotional decisions about your money, when emotions should never, ever come into it.