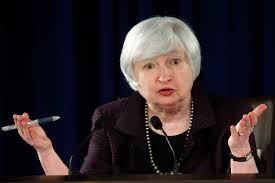 The notes of the Fed’s April policy meeting, released this week, may have confused more people than not. The central bank committee revealed that they were unlikely to raise short-term interest rates in June. That statement could be taken as both a positive and a negative, depending on your investment position.

The official notice of a delayed rate hike was greeted with relief by some, although the markets had largely baked in that outcome. Many Fed Heads contend that a rate hike in September is still only a 50/50 proposition, while others argue any increase in rates won’t happen until sometime next year.

This, they argue, is because the growth rate of the economy is simply not strong enough to weather even a small uptick in interest rates. Some economists in that camp actually believe that the economy may very well be rolling over (as it has in the past), after the Federal Reserve discontinued other quantitative easing programs. Would that be good or bad for the stock market?

A slowing economy could be interpreted either way. Some investors might bail out of equities and back into bonds believing that the market is way too expensive given the possibility of an impending economic decline. Others might see that as a positive scenario. Traders might anticipate that the Fed, like other central banks worldwide that are faced with slowing economies, would launch yet another QE stimulus program. History indicates that would give a further boost to stocks as it has in this country over the past few years (and Europe, Japan and China today).

Then there are the economic bulls, who believe that we will see the economy roar back after the impact of a dismal winter, declining energy prices, and a strong dollar begins to dissipate. These headwinds to the economy are already abating, they argue, and as the summer progresses, both employment and consumer spending will pick up. That would most likely be taken as another positive for the stock market, justifying existing valuations and more potential upside in the future.

For those caught within this quandary, the only thing they can do is watch, wait and worry. As for me, I’m not in that camp, since the present “muddle-through” economy is just fine with me. A “not too cold, not too hot” state of economic affairs has worked out well for our portfolios and tax-deferred retirement accounts.

And now that we are seeing some job growth, even Main Street is getting to participate in the prosperity that has been confined to Wall Street over the last five years. I believe the Fed has our backs, especially those of the middle class. They are as concerned about the growing income inequality in this country as I am. Janet Yellen, chairwoman of our Federal Reserve, has said as much on several occasions.

The Fed, in my opinion, will do all that is humanly possible to maintain and grow this economy with an eye to increasing employment and wage growth. If, in accomplishing these objectives, Wall Street also profits, then everybody wins. Right now, and for the foreseeable future, that is the investment environment we find ourselves. If, others chose to watch, wait and worry be my guest. I will stay invested and I hope you do too. I wish everyone a Happy Memorial Day and Semper Fi to all my fellow Marines out there.