This week global stock markets charged out of the gate with the averages making up for most of the ground lost since May. All three averages experienced two month highs until a bout of profit-taking brought prices back to earth at the end of the week.  I expect this summer rally to continue for the next few months. 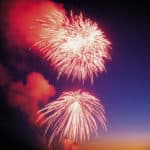 But no market goes straight up, so I think investors should expect a “two steps forward, one step back” kind of market. I would use any pullbacks to add to positions.

In my last column “Germany Blinks,” I explained some of the reasons I expected the rally to continue. Here it is just four days later and some of the stimulus I expected from governments around the world is already occurring. On Thursday, three major central banks announced easing measures. The Bank of England announced another 50 billion pounds of quantitative easing to spur growth in Great Britain. The European Central Bank cut interest rates for the same reason and the People’s Bank of China also did an aggressive easing.

In one week we have seen three of the largest central banks in the world pump billions into their faltering economies. Now all eyes will be on our Federal Reserve. Investors are expecting that sometime soon the Fed will join the aggressive easing party.

“I don’t get it,” said a client from Great Barrington on Thursday, “after all these bad economic numbers, this week’s unemployment data was a big positive surprise and yet the markets sold off.”

Yesterday, I addressed this issue in my column “Bad news is Good News.” In a nutshell, the wors the economic data becomes in the United States, the greater the chance that the Federal Reserve would be forced to come in and rescue our economy from recession once again. In the past, that has caused substantial gains in the stock market.

Conversely, the better the data the less likely it is that our central bank will need to intervene.  So it was interesting to see the market’s reactions on Thursday to the positive data on jobs and hiring. The number of Americans filing new claims for jobless benefits fell by the largest amount in two months while employers in the private sector added 176,000 new workers, according to the ADP National Employment report. Yet, the markets sold off.

Since keeping unemployment low is one of the two main briefs of the Federal Reserve Bank (the other is controlling inflation) the good jobless numbers were an excuse to take profits in a market that has seen some good gains since my buy recommendation.

From a technical point of view, the S&P 500 Index broke out of that 1,353-1,357 range and if it should fall back to that level or even below it, I would not worry too much. I warned readers last week that in the short term the markets will remain quite volatile and be prepared for some ups and downs.

I recommend that you ignore those bumps in the road and keep your eye on the fall. I am not sure who will win in the November elections, but I do expect that markets will rally this summer, maybe pull back a bit in late August, early September, and then up again at least until the elections.