Just three weeks to go before the end of the year, and stock markets should be celebrating. Instead, equity markets have been down as traders become increasingly spooked by the decline in oil prices. Granted, financial markets sometimes get it wrong, but the present atmosphere of fear is one for the books. 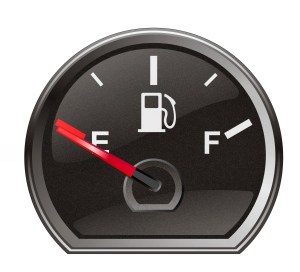 Investors are afraid that oil prices could go even lower. The question to ask is how low is too low? Someone somewhere came up with the price of $60/bbl. as a “fair” price for oil. This week it broke that price level and markets in Europe and the U.S. sold off. What are investors thinking?
For starters, some believe the decline in oil prices is indicative of slowing world demand for energy. If true, then maybe the global economy is growing even slower than investors thought. In which case, stocks are too high, despite all the central bank stimulus.
Then there are the oil patch companies themselves. We all know the big name global players that pay good dividends and are (were) considered salt of the earth investments. Some of these names are down 20-30% so far this year. Then, too, there are the drillers and junior drillers, those high-flyers that led the fracking and oil shale boom. Those stocks are getting decimated.
The hurting that these companies are experiencing right now also brings into question the health of their finances, specifically the money borrowed from banks to fund their exploration and development. Extrapolating from the oil price, the logic becomes: oil down, stocks down (due to worries over company solvency), which then spills over to what banks could or could not be in trouble due to energy loans. And so it goes.
What readers should immediately notice is that, with the exception of a declining oil price, none of the above has happened and there is less than a slight chance that it will. Why?
Energy’s share of the business sector of GDP in the U.S. is 5.9%. Not much, and certainly not enough to take GDP down with it. Especially when consumer spending is 67% of GDP and declining oil boosts that kind of spending.
In the stock market, energy has less than a 10% weighting in the S&P 500 Index. Right now the sector is taking the entire index down with it, but the numbers tell you that it is an over-reaction. What about those big mega-cap companies with solid dividends? Exxon’s CEO said his company would be okay with $40 oil. As for the supply/demand equation, I believe the new technology-driven increase in the supply of various forms of energy, especially in the U.S., is what is driving the price of oil lower, not decreasing demand.
I’m not disputing that if energy prices continue to slide, and they could, that some companies in that sector, especially the small aggressive kind, will have financial trouble. But that has been true since wildcatters have been wildcatters. It doesn’t mean that the whole market should be carried down with them.
If we step back and look at the markets from a dispassionate point of view, we simply see that from the October sell-off, stocks have gone straight up with hardly a pause. What we are seeing today is simply a much-needed pull back from the highs. In my opinion, this decline has pretty much run its course.
Over time, the benefits of cheaper oil worldwide will have a beneficial impact on all energy-consuming companies and their financial markets. Wall Street would like to see those benefits show up immediately, but that is not the way of the world. It takes time to derive the benefits of this kind of price decline and it won’t happen overnight. For those with a longer term view, this decline is a great opportunity.