A political crisis in the fourth largest economy in Europe has spilled over into the financial markets. Global stock exchanges greeted Italy’s present political dysfunction by registering major declines–and the crisis may just be getting started. 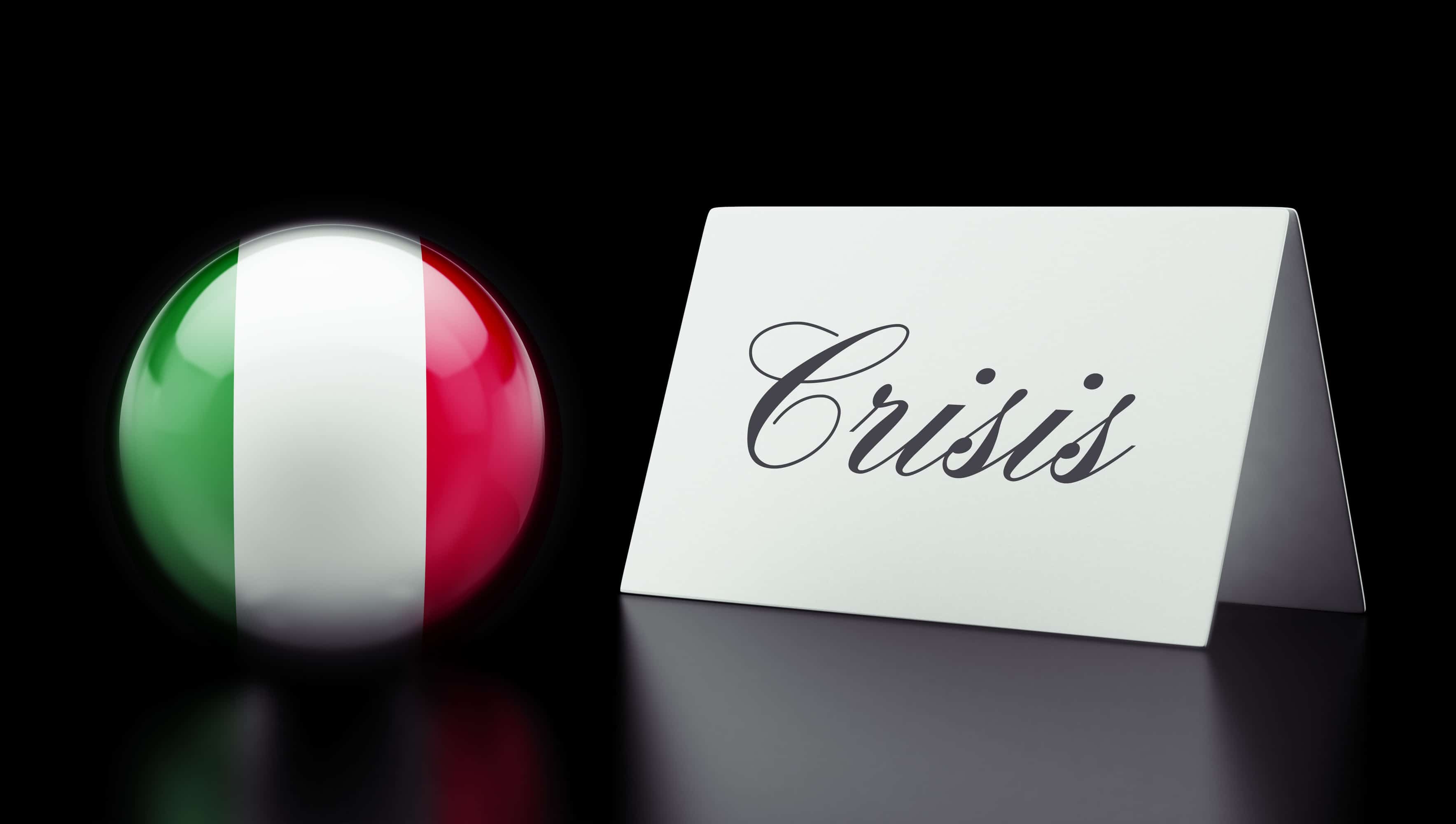 Back in 2010 through 2012, readers may recall a similar eurozone calamity. Greece was at the center of that maelstrom and, at its worse, threatened the viability of the European Union and its currency, the Euro. This time around, many of the same issues are now bedeviling Italy. The country has the third largest debt load in the world after the U.S. and Japan. It still suffers from double-digit unemployment while their economy continues to stagnate.

At times like this, voters usually look for something to blame. Most Italians have focused on their membership in the EU as the cause for all of their woes. After an inconclusive election several months ago, Italy has been in a no man’s land of political inertia. Two opposing parties: a far-right party (The League) and a populist party (the Five Star Movement) share power. They recently proposed a new government to break the deadlock.

The problem was that their candidates presented a threat to those who still wanted to maintain membership in the EU. Their proposed finance minister, for example, was a confirmed foe of both continued membership in the EU and the Euro. He scared the bejesus out of officials throughout the EU.

As a result, Italian President Sergio Mattarella vetoed the appointment and instead appointed a technocrat, whom he hoped would reassure the financial markets and the rest of Europe.

Both opposition parties are furious. It appears that their ire is backed by the voter population. The League has nearly doubled in popularity, while the Five Star Movement is maintaining its 30% political base. Comments from several EU establishment members this week have only fueled the fire of outrage among Italians.

Threats of serious financial repercussions if Italians encourage more populism within their government has had the opposite effect. Most politicians are now calling for yet another round of new elections. Financial markets are afraid that the results could be a referendum on whether Italy will remain or exit the EU.

The lessons learned after the Greek Crisis have not been forgotten. Neither Germany nor the rest of the EU want any further cracks in the Eurozone, especially after Brexit. Europe’s central bank has a lot of experience defending the Euro in times like this as well.

Italy, as one of the founding members of the union, also knows the consequences of exiting the EU. Given their debt load and sputtering economy, Italy would most assuredly see a run on their banking system, which could spike inflation, riots, demonstrations, deaths and most likely a severe recession and even higher unemployment.

Many political analysts argue that the Italian crises is a simple extension of a broader global trend. On one side are the populists or “have-nots” that have been left out of a generation of booming international trade. To them, that economic model has simply left the rich richer and the poor poorer.

On the other side are those riding a new wave of nationalism fueled by a wealthy establishment, whose only objective is to keep their place in the sun. These radical right-wingers are promoting an extreme form of an economic model that the opposition believes is not only obsolete but generating even higher levels of inequality and injustice. It is a global contest of two extreme movements. The winner has yet to be announced.

So far, most of the financial damage has been contained to Italy. Both their stock and bond markets experienced hefty losses this week. The financial contagion that occurred during the Greek Crisis five years ago, which spread to the rest of Europe and ultimately the world financial markets, has yet to materialize.

Most financial experts believe that things won’t get to that point. Both sides are aware of what is at stake and hopefully will back away from a gunfight at high noon. Although I hold with the consensus view for now, I will be watching events closely in the days and weeks ahead, so keep reading