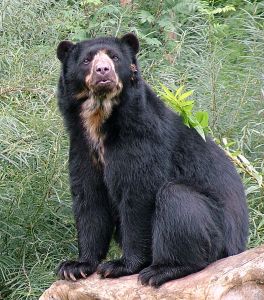 The Ukraine had been the topic on everyone’s lips for over six months. Today, nary a word is written about Russian’s plan to annex that nation. You can thank declining oil prices for that.
While most of the west rejoices over the recent precipitous drop in the price of oil, the story is quite different for the largest producer of fossil fuel energy, Mother Russia. That’s right, Russia, and not Saudi Arabia, leads the world in energy production. As such, Russia depends on energy for 16% percent of its gross domestic product, 52% of total Federal revenues and 70% of all exports. And that was in 2012. Since then the numbers are even higher.
As the price of energy continues to decline, so does the Russian currency, the Ruble. It has dropped by 26% in the last year and just today fell another 1.3%. In the first half of this year alone the Russian economy contracted by over 10% and that was before the brunt of the oil decline occurred. Russian officials estimated they will lose $90-100 billion a year based on oil’s decline.
Officially, the Russian Economic Ministry cut their forecast for GDP in 2015 from 1.2% to -0.8. The Russian people are going to feel that bite with real incomes falling by 2.8%. This will be the country’s first recession since 2009. At the same time, the inflation rate is expected to rise from 7.5% to 9%. In an effort to combat rising inflation their central bank is hiking interest rates at the same time to almost 10.5%, further hurting economic growth.
Earlier in the year, the prospects for the Russian economy were already looking fairly anemic, thanks to Putin’s adventurism in Crimea. In retaliation, U.S. and European sanctions have now begun to bite. By Russian forecasts, those sanctions will cost the country $40 billion this year. They have also effectively closed off global capital markets to Russian banks and corporations. As a result, investment has dropped off a cliff as uncertainty, combined with a lack of security, has devastated corporate Russia.
On December 4th, Putin addressed his government ministers and parliament with a mix of sophisticated economic plans to liberalize the economy and good old fashioned nationalism that would have made Hitler proud. Of course, he blamed the west for everything from Russia’s current economic woes to annexing Crimea and Ukraine.
It was interesting that he barely mentioned the continuing war in Eastern Ukraine. It appears that the declining oil price has damaged Putin’s plans far more than the economic sanctions instituted by the west. Was it a fortuitous coincidence that energy prices started to decline this year just as Vladimir Putin began to marshal his forces for a move into Ukraine?
Readers should remember that the Kingdom of Saudi Arabia, which is getting the blame for not supporting oil prices, is a key U.S. ally. What better way to hamstring Russian adventurism than to hit them where it really hurts via oil? Notice too, that both the administration and congress has been silent about this recent energy rout, although theoretically, declining oil prices hurts our burgeoning shale industry and American efforts at energy independence.
I say let the oil price fall until it doesn’t. Let the markets determine the fair value of energy and hopefully, in the meantime, bankrupt the Russian bear.