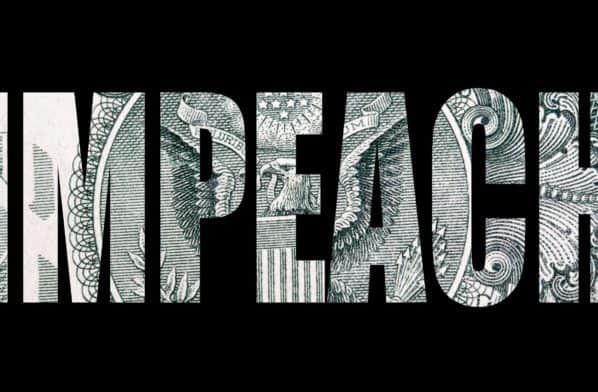 Abuse of power, obstruction of Congress; these are accusations that ordinarily evoke sharp emotions among Americans. Yet, the financial markets have barely blinked, if they have paid attention at all. Why?

The short answer is that investors have done the numbers and calculated that Donald Trump has less than a snowball’s chance in hell of being impeached by the U.S. Senate. For those who don’t follow the actual political process of impeachment, once the Congress voted to impeach the president, the next step is up to the Senate. They are required to hold a trial to decide whether to remove him from office. A two/thirds majority is required to convict and then remove the president from office.

Donald Trump is only the third president (after Andrew Jackson and Bill Clinton) to be impeached by the House. However, Trump’s predecessors were acquitted in the Senate. And therein lies the reason investors are ignoring the event. Republicans hold the majority of seats in the Senate (53 seats). In order to get a conviction, twenty Republicans would need to join the Democrats’ entire minority of seats to pull off a palace coup. That’s not likely to happen.

Now, while the country is roughly split down the middle by those who believe impeachment is the only solution to end the reign of America’s Mad King, an equal number of Americans believe that President Trump is an innocent victim who is being nailed to the cross of political partisanship by the Democrats. None of that matters to the markets.

The only question financial markets care about is “can money be made from this event?” Given the answer is no, (not directly) global traders focus on things that can provide an immediate return. Next month it will be the chances of a Brexit, the signing of a Phase One China/U.S. trade deal and the prospects for earnings in the first quarter.

I understand that the market’s disregard of social issues rubs many Americans the wrong way. To be sure, it bothers plenty of Wall Streeters as well, but righting wrongs is not the mission of financial markets. It never has been.

Plenty of people, including the president, in my opinion, get confused on this point. Every time the stock market hits a new high, a tweet from the White House follows shortly thereafter. It appears that the president attributes the market’s gains to some policy or action he has taken or may take. His view is that the market is a better and more accurate indicator than voter polls. And he is correct, as long as the action or policy is something investors perceive will move the market.  Good or bad, traders will respond, otherwise it is ignored.

Markets don’t care if immigration policy is changed, for example, unless it has an immediate impact on prices. Trump can fill containment camps to the brim. He can kill, maim, and starve whomever he wants, but markets won’t care unless money can be made (or lost) over it. Markets do not approve or disapprove of the impeachment of President Trump. They just don’t care.

That’s why financial markets need to be regulated. If the most profitable business in the world is building and selling nuclear weapons to terrorists, the markets will do it, if they can get away with it. It is society’s responsibility, through their governments to make sure that does not happen. Right now, few if any market participants are enamored with either Bernie Sanders or Elizbeth Warren.

Both candidates are proposing policies that Wall Street fears might curtail or change the game for everyone in the economic arena. People in the financial markets worry that they will make less money, or worse, actually lose money, if either are elected. As such, they will oppose everything those candidates do.

It is nothing personal. In fact, some trader or other might actually approve of their social platforms. And if suddenly one of them proposed something that could make investors lots of money, you would see Wall Street change their tune. It is the nature of the beast, so you might as well get used to it.