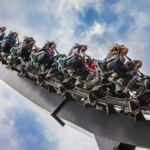 Volatility returned to the stock market this week as the level of uncertainty increased on several fronts.  Unfortunately, there won’t be any definitive answers to what concerns investors for at least two months.

It is September, after all, and this month is notorious for inflicting pain on investors. Historically, October is not much better, and in a presidential election year it can be worse.  While the financial media will provide their thoughts on just why stocks drop or rise on any given day, it is not much use to you.

The real reason for “why” will only be known after the fact. This week, the excuse for Thursday’s and Friday’s decline had to do with the Fed, or so many believe. But Jerome Powell, the Chairman of our central bank, did not say anything new, nor did the Federal Open Market Committee Meeting notes add any insight on Fed policy. The message that rates will stay lower, for longer, was repeated with the Fed’s timeline somewhere between infinity and beyond.

I suspect the disappointment for many was that the central bankers did not indicate their willingness to provide additional quantitative easing. In fact, one could infer that the Fed would be pleased if the long end of the yield curve started to move higher at some point. What that means is that shorter-dated bonds and notes would yield less than longer-term twenty- and thirty-year bonds. In a perfect world, that is what should be happening, but it’s not thanks to the Fed’s past stimulus efforts.

It could be why technology shares sold off, or at least that is my guess.  These high growth companies normally borrow money at the long end of the curve and invest that money in their businesses to produce even higher growth years into the future. If that cost of capital were to rise, it could clip the future growth rates of these highflyers.

However, overall, the Fed assured us that whatever comes, it “has our back.” And if so, why the sell-off? The simple answer is future uncertainty. The economic data is giving the markets conflicting signals. Unemployment, while dropping, is not happening quite as fast as the markets would like. Since there is no additional fiscal stimulus as of yet, the economy may still grow, but again just not as fast as investors would like.

Then there is the conflicting information on when a coronavirus vaccine will become available. Will it be in October, as some in the political arena contend, or will it be later, at the end of the year, or sometime in 2021?  Since just about everything to do with the economy depends on that vaccine, investors’ expectations are all over the place. And, finally, there is the presidential election.

This week, a new worry surfaced, centered upon the outcome of what might be a contested election. The prospect of a really close race where an avalanche of mail-in ballots is recounted, and where opposing parties squabble over every single vote, could drag on for weeks, some say months. The Biden team has already hired lawyers to prepare for such an eventuality. Back in the year 2000, when the outcome of the Gore/Bush election was questioned, markets waited in limbo for five weeks into December. In the meantime, the stock market declined 10%, until Al Gore reluctantly accepted defeat.

On the China front, the TikTok sale (or shutdown) has basically been booted to after the election, on November 12th, so I will ignore that. Downloads of WeChat, the main internet line of messaging and communication between Chinese people living, working, and studying in the U.S. and the Mainland, will be shut down on Sunday, according to the U.S. Commerce Department. That may elicit a counter response from the Chinese government, or it may not—more uncertainty.

Investors, therefore, should be mentally and emotionally prepared. That doesn’t mean the worse will happen, but it could. If you witness days, or even weeks of ups and downs, don’t be surprised. It would not surprise me to see several pullbacks, only to regain those losses before selling off once again. However, once we are through this thicket, markets should resume their uptrend.