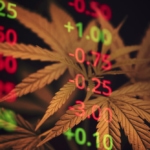 It has been two years since cannabis companies fell into a pothole of investor disillusionment. Stock prices, valuations, and even some company managements, have disappeared down that dark hole. Some investors are betting that the time is right to get back in.

During the peak mania for marijuana stocks, I warned readers that while I thought the long-term prospects for the cannabis industry were positive, valuations had reached impossible levels. That proved to be an accurate analysis.

Since then, all the pie-in-the-sky forecasts of industry enthusiasts failed to materialize, leaving in their wake a trail of lower sales and disappointing or non-existent earnings.  An increasing need for cash and financing by company managements that promised too much and delivered too little severely hampered the industry. In several instances, as their stock prices plummeted by well over 100%, managements resigned or were forced out. And then the pandemic hit.

As the true extent of the coronavirus became known, pot stocks, in the minds of investors, were divided into two groups: those that had money in the bank and were deemed to be able to weather the storm, and those that were not. In March, as governments in both the U.S. and Canada (where the largest marijuana companies are located) locked down their economies, there was a sudden surge and unexpected demand for marijuana.

For those using medical marijuana, it was largely a reflex “stock up” phenomena (like toilet paper and disinfectants). Recreational users of pot also increased their purchases. For many, it was a means of making the stay-at-home orders a bit more bearable.  As lockdowns lessened, and marijuana stores re-opened to in-store sales on both sides of the borders, revenues continued to increase, at least in Canada.

However, with the exception of two companies, Canopy Growth and Cronos Group, few cannabis companies can claim they are out of the woods financially. The fact that two mega-companies, Constellation Brands and Altria, have taken major stakes in those two companies explains their above-average cash cushions and financial strength. Yet, investors hoping for future clues to the health of the overall industry based on their recent earnings results were, at best, confused. In August, Cronos announced disappointing results, while Canopy beat estimates.

About the best one can say for pot stocks from recent price action is that they have stopped going down. Technical analysts would call their present pattern a “consolidation phase after a sharp decline.” It is a period where the last bull market babies in these stocks finally sell, take their losses, and move on. So, what’s next for the group?

The catalyst most bulls are waiting for is the November elections. The story they are spinning is that regardless of who wins, legislation to legalize marijuana at the federal level will be passed sometime during the next election cycle. Whether that will include medical, as well as recreational marijuana, is a big question mark.

Recreational use is thought to be the easier legislation to pass, since it largely circumvents the FDA and the myriad of rules and regulatory hoops that would beset the pharmaceutical use of marijuana. In anticipation of that event, cannabis companies are planning mergers and acquisitions. They hope to enhance their existing brands and develop distribution chains into some of the more underserviced sections of the U.S. market. That is a more doable strategy now that stock valuations are at more realistic levels.

Of course, the other long-standing “story” behind many of these fledgling pot stocks is that once marijuana is finally legalized in the United States, the big guns in the food and agricultural sectors will suddenly descend on the sector and gobble up all the little guys. I guess, from an investor’s point of view, the difference in investing now in these same story stocks is that you are no longer buying them at nose-bleed levels. For some who are willing to wait, that might be a good bet.