It has been over a week since Hurricane Sandy descended upon the Northeast. Adding insult to injury, this week’s Nor’easter  provided yet another punch to a region that is barely standing.  Fortunately, yesterday’s storm was more of an inconvenience than a disaster. 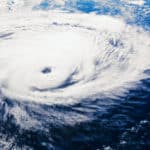 Of course, those who just had their power restored in places like Long Island and the battered New Jersey sea coast were plunged back into despair at this new power outage. But damage is minor compared to the estimates that Sandy has wrought. The price tag is now ranging from $30 to $50 billion, but that is only a guesstimate. Losses that are insured by private companies could amount to $20 billion or more. Additional losses covered by the National Flood Insurance Program, plus uninsured losses, could boost the total to the $50 billion mark.

Normally, the estimates of property damage are usually revised upward, while those losses incurred as a result of lost business activity are revised downward. That is because businesses usually find a way to make up for lost activity. In the case of Sandy, regaining lost business activity depends on when the power is restored. In many areas, power is still not fully restored and won’t be soon, thanks to yesterday’s storm.

Damage totals would put the cost of Sandy far above recent hurricanes and at least equal the cost of the four hurricanes the United States suffered in 2004. But the losses are still well below the $100 billion price tag of Hurricane Katrina, although it could beat the next largest storm, Hurricane Andrew in 1992 ($46 billion in inflation-adjusted losses).

There are a lot of misunderstandings about weather-related destruction. I have read a number of articles that seem to suggest that storm damages could actually be good for the economy. Pundits like to point out that although the damage will cause a dip in economic activity in the impacted region over the short-term, the economic reconstruction involved in rebuilding infrastructure (roads, bridges, subways, railways, etc.), plant and equipment (factories, stores, housing), and goods and services could actually act as a stimulus to the economy while creating new employment.

Some of the depressed consumer spending, they argue, will simply be postponed. For example, Hurricane Sandy was responsible for a 20% drop in retail sales last week in the mid-Atlantic and Northeast regions amounting to $4 billion.  Although some of that will surely be recouped in the weeks and months ahead because of Thanksgiving and the Christmas season, not all of it will be recouped.

What many are forgetting is that natural disasters are destroyers, not creators, of wealth. The opportunity cost that we forego in natural disasters is immense. Think of what the victims could have done with the time, money and effort they now have to spend on rebuilding. No longer can businesses, homeowners and even the government make the purchases and investments on other more productive pursuits that could have generated more jobs and a better business environment if the disaster had not occurred.

Sure, the re-building process may result in a better structure or highway than before but the costs are replacement costs, not new investment. And what value will we place on the 100-plus lives that were lost or the pain and suffering of those that are now homeless or without jobs? What about their opportunity costs?

Sandy was a hurricane, a destructive one, but there was nothing super about it. It will take those in the Northeast a long time to recover from its impact and there are precious few silver linings in this disaster no matter how deeply you look.