Markets continue to grind higher with several averages, like the small and mid-cap indexes, hitting record highs.   What little profit-taking occurs is met by buyers anxious to get into the market. I suspect this stage will continue for a bit longer. 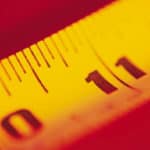 We are only 3% away from the historic highs of the S&P 500 Index at 1,565.  That magic number is acting like a magnet to bullish investors who argue there is no reason we shouldn’t at least reach that number before giving some back.  Seasonally, the first quarter is also kind to the stock market. All in all, enjoy the run and stay invested.

This weekend the G 20 group of finance ministers and central bankers will meet in Moscow.  There was a time not long ago when investors would be holding their breath in anticipation of some new pronouncement involving the EU and Greece in particular. It appears those days are behind us.

The press has been playing up the risk of a currency war erupting between some nations, specifically those who make up the G7 countries.  Where have they been? The devaluation of currencies has been going on ever since 2009. The U.S. dollar has been dropping against most currencies now for well over a year. The yen has plummeted 20% since November while the Euro has also lost value on various occasions.

This week the G7 countries—the U.S., Japan, Germany, Great Britain, France, Canada and Italy—issued a joint communique stating that domestic economic policies must not be used to target currencies.  But every central banker will argue that most, if not all, of their nation’s currency moves have simply been a side effect of their domestic policy.  They argue that their stimulus policies have been targeting domestic growth, not a weaker currency.

Take our own Federal Reserve; it is on its third such stimulus program. It is true that the Fed’s main objective is reducing unemployment by growing the economy. And both the Fed and the U.S. Treasury have been careful to publically insist on a strong dollar policy. But the facts are that the dollar has weakened and continues to do so in the face of our latest quantitative easing strategy.

A weak dollar helps our exports by making our goods cheaper to buy for overseas consumers.  Strong exports equate to higher domestic growth. And over the last two years our economy needed those export gains badly.

In Japan, the same thing is happening. Its newly-elected government has taken a page out of our book. After years of stagnation, Japan is attempting to stimulate their economy by easing monetary policy. That has driven the yen much lower, which will help grow Japanese exports.  The Germans are miffed by that strategy and have been complaining. Yet, Germany has benefited for years by exporting their products in Euros. The worth of the Euro is a heck of a lot cheaper than Germany’s original export currency, the Deutsch Mark. As a result, Germany became an export powerhouse in Europe.

The simple truth is that we have been dealing with these currency issues for several years now. The declines have been gradual for the most part. That way no one rocks the boat too much and competitors can adjust to currency changes over time. The sharp devaluation of the yen, however, has inconvenienced some G7 players and they are making their views known. I suspect that Japan has gotten the message and the pace of the yens’ decline will likely moderate from here.