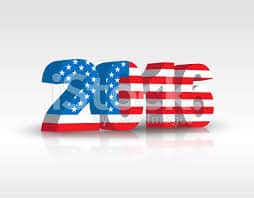 There is quite a bit of worry over this year’s presidential elections. Most of that angst centers on the possibility that Donald Trump might be elected to the office and that this could be a disaster for the stock market. If history is any guide, those concerns may be misplaced.

Granted, we haven’t seen a candidate quite like the “Donald” in modern history. Some would like to point out that Ronald Regan, a movie star best known for co-acting with a chimp, did not give many Americans a warm, fuzzy feeling either. Others say Regan was a pillar of common sense compared to Trump. A President Hillary, on the other hand, would be a down right relief.

Supporters will argue that you can’t take Trump at his word. His statements are merely negotiating positions that are not meant as policy, but simply bargaining chips with some of our foreign partners. That said, Trump, say his detractors, is unlike Reagan or anyone else who ran for office over the last 22 presidential election years. It does seem that he has the knack of piling one outrageous idea upon another.

Building a wall between Mexico and the U.S., embargoing Muslims from entering the country, torturing terrorist’s families, renegotiating NATO, our U.S. Treasury debt and our trade pacts, if implemented, could easily sink our stock market and those of pretty much every nation on earth. Now, I’m sure that if I look back through history, there have been plenty of outrageous statements articulated by candidates. Remember, during the Great Depression, for example, a whole raft of politicians were against any government interference in the economy at all.

Plenty more were dead-set against social security or public works, or any other attempt by American society to alleviate the plight of more than 25% of the population. Back then, “Let them eat cake” was not just a French attitude. Plenty of Americans had a similar attitude toward the poor and disenfranchised.

By the way, both parties isolationist trade policy during the 1920s and 1930s make Trumps’ view on trade down right dovish. We tend to forget (or hide) the fact that during WWII, this ‘just’ nation incarcerated entire communities of citizens of Japanese descent behind barbed wire for years. In that context, some American politicians of the past would have had no problem building walls or excluding Muslims. We won’t even go in to how our Heroes of the American West treated Native Americans.

Before you protest these examples, I know times have changed. Supposedly, we are living in an ‘enlightened’ nation today. I just wonder how many of us are truly appalled by Trump’s statements. From the polls, it appears that there are quite a few Americans who have yet to see the light. If so, then maybe this year won’t be as bad as we fear.

If you look at the historical data, between the close of May and the close of October, the S&P 500 Index has rallied 19 of the last 22 election years. That’s 86% of the time with an average gain of 6.2%. Those results, however, have been influenced greatly by just a few election years.

The financial crisis of 2008 (and an election year), saw the S&P Index fall by 31%. In 1932, the market gained 55.7%, only to give it all back when the Hoover presidency drove us deeper into the Depression. We also had two near 20% gains in 1936 and 1940 as well. If you accommodate for those outliers, we could lower the average gain per year to say 4%. In addition, volatility appears to be more pronounced during the months of July and August, which was almost 40 % greater than across the 12 months span.

Although history rarely repeats, it does rhyme, and this election year should be no different. Regardless of who wins, there is a tendency by the electorate to become more hopeful once the elections are over. Wall Street and the markets usually catch that fever and will give the new president the benefit of the doubt until it doesn’t. As such, the chances are that we should see a single-digit gain this year in stocks.