It’s been over ninety degrees for days. If you are like most of us, it’s a bit harder to give it your all at work, even if you have an air-conditioned office job. Now imagine the same thing happening to millions of workers all over the nation. 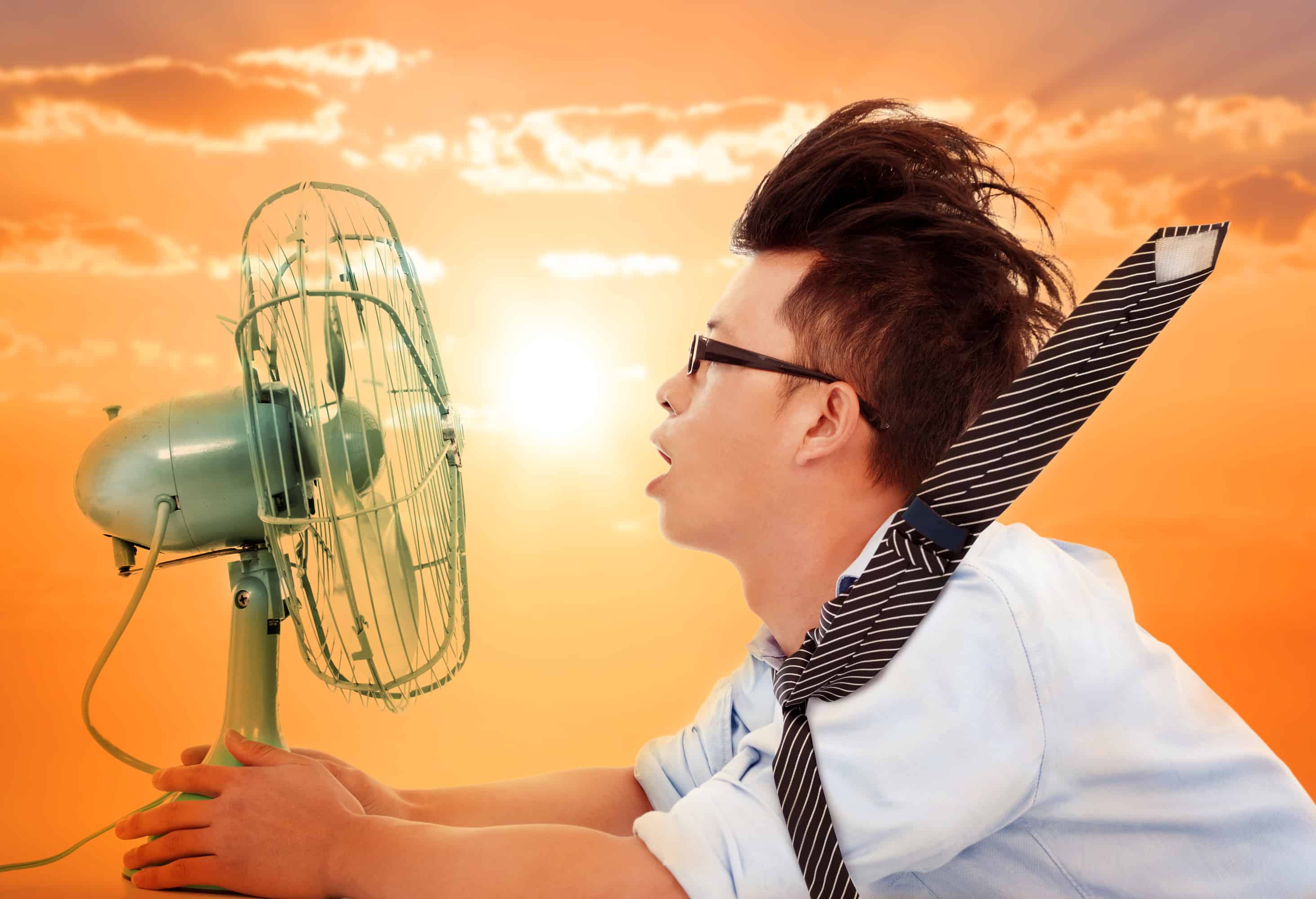 Heat waves like this one can have a devastating effect on productivity. As the thermometer climbs, workers feel decreased energy. Loss of concentration, muscle cramps, heat rash, and, in some cases, heat exhaustion or heatstroke. The impact is even worse if you live in a big city.

If you have ever walked down a mid-town street in Manhattan or Boston on a hot summer day, it feels like an oven. That’s because it is. Concrete, asphalt, underground pipes, heating systems and subways conspire to raise the outside temperature exponentially. Throw in bumper-to-bumper traffic, and you have a virtual cauldron.

Cities, by their nature, have high concentrations of people, infrastructure, and productive activity so any kind of disruptions can have a large impact on the economy. Energy costs are a big factor in times like this. The AC in offices, homes, commercial establishments, restaurants and shops are cranked to the highest levels. This year, as oil prices hit their highest levels in years, the impact on a business’s profits will be even greater.

In many areas of the Midwest and Northeast, power consumption is hitting record levels. Obviously, consuming tons of AC will have a short-term impact on your power bill, but there are long-term costs as well. Heavy electricity use strains the power grid, forcing many utility companies to revert to using “peaking plants.” They tap into emergency reserves, such as natural gas, to supply their customers. This becomes expensive and causes power companies to raise rates in the future to recoup the losses incurred in hot summers. Over the last decade, summer electricity costs have risen consistently, as have our electricity rates.

Even here in the lush, tree-laden Berkshires, I can see and hear the impact of this heat wave. The Fourth of July is usually a time of parties on the lawn, fireworks in the backyard, and BBQs at every other house. Last night’s evening walk with the dog, however, was strangely quiet. In the distance, an occasional firecracker could be heard, but the sound of crickets was drowned out by the roar of AC units.

On the work front, roofers were supposed to be working on our condo’s roof throughout the week. That activity dropped off a cliff as of Tuesday morning. Today the scaffolding remains empty–no workers in sight. At least here at our company, the dress code for the week, is t-shirts and shorts. Somehow, it makes a difference.

Heat waves also have a big impact on agriculture. Farmers and ranchers can see their year’s harvest shrivel up to nothing in an extended heat wave. Livestock do equally poorly, even in a shortened heat wave like this one. As a result, food prices can jump, as they have in past heat spells, sometimes several weeks or months into the future.

There is not much we can do about the weather. It is a time when outside jobs and workers more than earn their keep and I commiserate with them. For people like me (who once worked in Manhattan), the silver lining is that I am sitting in a cool office with the knowledge that after work I can just jump in a lake a few minutes’ drive away. I’m living the dream, America, and I am so grateful.