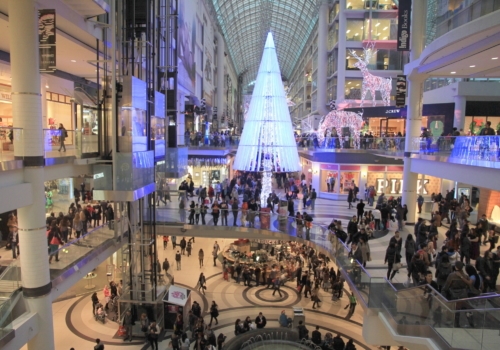 Despite the recent scare caused by Omicron, the new coronavirus mutation, retailers are hoping consumers will continue spending in December 2021. I like that bet.

The National Retail Federation (NRF) is expecting a record holiday season totaling a take of between $843 billion and $859 billion in revenues throughout November 2021 and December 2021. That would be a record year for retailers such as Target, Walmart and Amazon.

Time is running out, however, given that we have less than three weeks to go until Christmas Day.

Remember, too, that the shopper began picking up gifts earlier than normal this year due to fears of continued supply chain shortages. Many consumers, fearing that popular gifts may be out of stock, or subject to shipping delays, were shopping for gifts as early as September 2021.

The most recent data indicates that the total number of shoppers, as well as average spending, fell during the extended Thanksgiving weekend compared with sales results during the last two years. During the five-day Thanksgiving weekend, almost 180 million shoppers descended on the nation’s retailers, but that is six million less than in 2020, and 10 million less than in 2019.

The average spend-per-customer came to $301.27, compared to $311.75 last year, and $361.90 in 2019. Cyber Monday saw a 1.4% decline versus last year. The NRF indicated that the price point of shopping carts rose by almost 14% on Cyber Monday (19% for the holiday season in general), as consumers bought more higher-priced, big-ticket items. However, some of those gains were the result of a higher rate of inflation.

Sky-rocketing prices due to inflation may have deterred some shoppers. Price pressures have also been partially responsible for reducing the number and amounts of discounted items offered by retailers this shopping season. Between now and the end of the year, the average discount on many items will fade to no more than 5-10%, according to some experts.

The disappointing numbers between Black Friday to Cyber Monday could also be the result of poor timing.  Most shoppers woke up to the news that South African medical experts announced a new and, possibly more virulent, coronavirus mutation on Black Friday morning. I know my own family’s mood was impacted by the news, and any shopping intentions were immediately curtailed for the rest of the weekend.

Since then, the stock markets had plunged, fearing the worst, but then rebounded.  Recent data seems to support that this new strain, Omicron, is no worse than the present Delta mutation and that existing vaccines should be effective against Omicron. This should bolster the consumer’s confidence that the U.S. economy will continue to grow, jobs will remain plentiful, and spending for the holiday season can continue unabated.

Retailers will tell you that we are in the “December Lull.” It refers to the few weeks between Cyber Monday and leading up to Christmas Eve when consumers sit on their hands, feeling somewhat shopped out. That does not mean the consumer is finished shopping, they are just waiting for their second wind.

I am guessing that about 50% of holiday shopping is in the bag, but that still leaves half of America’s gifts to buy. For me, I’ll put my faith in the consumer who wants to celebrate a better world by spending—thanks to the safety provided by vaccinations.