Over 2.2 million of our men and women have served in Afghanistan and Iraq. Today 7.6% of them are looking for jobs. Hiring them should be a no-brainer for this country’s employers. 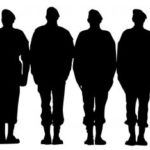 Don’t get me wrong, things have improved for returning Gulf War Era Veterans over the last two years. In 2010 their unemployment rate was 11.6% and spiked to 12.1% in 2012, according to the Bureau of Labor Statistics. Fortunately, the economy has improved since then and both the public and private sectors have pitched in to aid our returning vets in their job search.

However, more needs to be done. Although 1.9 million of these ex-soldiers hold private sector jobs today, another 90,000 troops are expected to return from Afghanistan by 2014. The good news is that the economy seems to be healing and the jobless rate has come down to 8.5% Say what you want about the Obama Administration, they are doing a good job at getting the word out that our veterans come first, in my opinion.

The president has launched a “Veterans Job Corps” and has offered tax breaks for companies that hire Vets under his VOW to Hire Heroes Act.  The White House’s “Joining Forces” initiative, led by the First Lady Michelle Obama and Dr. Jill Biden, is also telegraphing the nationwide message- to “Hire a Vet, Hire a Vet.”

In addition, the Veterans Administration (VA) is doing all they can to convince America’s corporate world that Veterans should be a prime ingredient of their workforce.

The VA has put on job fairs to woo private and public sector employers into interviewing more vets with some success. The VA’s selling points, when pitching the strengths of veterans, are their self-discipline, problem-solving skills, decision-making under stressful circumstances and their attention to detail. It also helps that most veterans are team players. I happen to agree with all of the above.

Back in the day, (when I returned home from a stint in Vietnam) I needed and found a job as an apprentice machinist in my home town of Philadelphia. It was a culture shock. A factory floor replaced the jungle canopy that was my home for almost two years. I knew nothing about cutting bars of steel into aircraft nuts and bolts, but I was willing to learn.

Granted, I was no longer making life and death decisions on a day-to-day basis as leader of my Marine unit, but it was a job and I was grateful to have one. After all, no one was shooting at me. To be honest, it was monotonous, boring, dirty work, but I stuck with it and did a commendable job (according to my boss) until it was time to start my college education. Believe me, Vets know they have to start over and learn from the bottom.

Since all the focus seems to be on Gulf war soldiers, for those pre-9/11 veterans who may feel left out, The Veterans Retraining Assistance Program (VRAP), which is part of the VOW to Hire Heroes Act, will begin offering 12 months of GI Bill benefits for older unemployed vets by this summer. Vets who qualify may be able to receive as much as $17,600 for education and training.

And don’t believe all that malarkey about Post Traumatic Stress Disorder (PTSD). The Rand Corporation’s 2008 study indicated that almost one in five returning vets suffered from PTSD may be true but that still leaves over 80% of Gulf War Vets without PTSD. I‘m almost sure all front line soldiers (regardless of their war era) suffered from some PTSD. I know I did when I returned from Vietnam. Remember too, our home-coming was much different from today’s treatment of returning soldiers. Call me lucky, but the trauma of war plus the ostracism I felt from Americans at home never interfered with my job performance and, overtime, I got over it without medical assistance. Most Vets do.

Today’s exodus of soldiers after ten years of war in the Middle East reminds me of a similar time in America’s history. I wrote about it in a past column:

“When WW II ended in 1945, 16 million Americans (one out of eight) were serving their country in some capacity.  With returning vets looking for work, many feared we were heading for massive unemployment and another Depression unless Washington did something about it. In 1944, the GI Bill of Rights was passed. It gave servicemen unemployment checks, low-interest housing, business loans and a free college education.

Nearly eight million vets took advantage of that benefit and in the process drove the U.S. illiteracy rate to 3%, the lowest level in American history. It also transformed our economy, creating a massive Technocracy, while introducing the age of information.”

We may be on the verge of yet another such experience (if smaller) that could boost our future economic prospects simply by harnessing the power of these returning heroes today. I say we have nothing to lose and a whole lot to gain by hiring a Vet.