Back in the day when the Supreme Court spoke, politicians usually listened. However, the court’s recent decision to uphold the Affordable Care Act seems to have simply incensed its opponents and created more controversy. 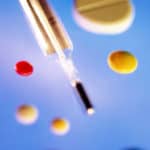 “Obamacare,” as the legislation has been nicknamed, was probably destined to be controversial no matter what the Supreme Court had decided. But by voting in favor of the act, by reason of Congress’ power to levy taxes, simply stirred the hornet’s nest further.

Republicans have said they will try to repeal the key provision of the act after the election.  They argue that since the court considers any penalty on citizens who fail to hold health insurance as a tax, then the legislation should be subject to a fast-track procedure called budget reconciliation where certain tax issues are resolved.  The GOP figures that if it can just gain a handful of additional Senate seats in November it can knock down the Act altogether on the tax issue. In any case, Mitt Romney, the Republican presidential candidate and author of Massachusetts’s health care initiative, has sworn to repeal it on his first day as president if he is elected to the White House.

From my point of view, I just can’t see what is so bad about our country’s fledgling steps toward universal healthcare. I look at health care as simply another form of insurance like home owners or auto insurance. It is a simple fact that our economic system would not function as well or not at all without certain forms of carried insurance.

Do we, for example, protest when the bank demands that we pay for home insurance as a condition of receiving a mortgage loan? Of course not, because we know that a fire, or flood or a tree could fall on our home at any time preventing us from paying off our debt, with dire consequences for ourselves as well as the bank.

The same thing applies to auto insurance. Most states require drivers to carry auto insurance. We are relieved that we do, despite the high and ever-increasing costs of carrying this insurance because we know how much those fender-benders cost. God forbid if it is anything more serious!  And yet, how many times have we heard of accidents where the other driver was not covered by insurance?  Not only were we angry at the driver, but at the authorities as well for even allowing that uninsured driver on the road.

Without insurance, ships wouldn‘t sail, planes wouldn’t fly, trains wouldn’t roll, and you would not even be able to move your furniture to that new home across the state.  So why do we want to omit something as potentially expensive as poor health from other’s insurance obligations?

Might it be possible that people do not understand that an uninsured person with poor health has the ability to inflict financial damage on everyone else in the health care system?

In our country, hospitals and other medical providers tend to give care first and then try to collect payment later. When the system winds up providing free care or is unable to collect on the bills it sends out, who do you think pays for that? You do.

Our health care system is a for-profit entity that has to make up for the losses incurred by un-insured customers of its services. Costs are reduced either by shaving salaries and benefits of its employees thereby providing less in the way of services and/or charging you higher fees for the services delivered. In turn, you pay more through your co-pay and insurance premiums.

What’s worse is that un-insured people usually wait until their medical condition is so extreme that they cannot function without medical assistance. Health issues that could have been resolved by a yearly check-up at the doctor’s office are left unattended due to no insurance. These medical problems can cost literally an arm and a leg by the time the person shows up in the emergency room. Not only will the cost of treating that person be much higher than it would be, but taxpayers are likely to foot the bill for that person for the rest of their lives via welfare, disability or other aid programs.

That only leaves those who are free-riding the system. Those who can afford to pay for health insurance but refuse.  They don’t even have to buy health insurance under the Act. They simply have to pay a penalty for not opting in.   What’s wrong with that?