Recently, none other than the Sage of Omaha, Warren Buffet, has sounded the alarm on what he sees as the number one threat to American businesses—rising health care costs. His advice is that we better do something and do it quickly. 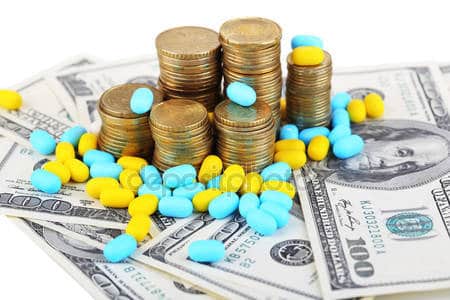 While Congress bickers over how to repeal and replace Obamacare, there is still a large body of American politicians who believe we should simply return to the good old days. While they fiddle with adjusting insurer’s premiums, or gutting Medicaid, the entire healthcare system surrounding them continues to burn. While they debate whether you should be responsible for your own medical insurance and how much Medicare should cover, health care costs rise at the rate of hyperinflation.

Our legislators and president are strangely silent on what happens to those whose employer does not provide health insurance because they can’t afford it; (which is the case for many in small businesses). And by the way, small businesses happen to be the main employer of American labor.

They are also silent on what happens to those of us whose Medicare insurance premiums, plus uncovered medical expenses, become higher than their retirement income. Recent estimates put uncovered medical costs at $260,000 for these same retirees. Of course, there is always Medicaid for the impoverished among us. But even that program, if the House has its way, will be reduced by $1 trillion this year.

The politicians are focusing on the symptoms and not the cause of our healthcare problems.

Mr. Buffet, a Democrat, in his recent shareholder meeting, took time to address what he called the real problem for American business, and it wasn’t taxes. The cost of healthcare, he maintained now represents about 17% of this country’s Gross Domestic Product (GDP). That’s up from just 5% of GDP fifty years ago.

In comparison, corporate taxes, the supposed blain of Corporate America represents just 2% of GDP and that is down from 4% of GDP in 1960. Our country’s global competitiveness has fallen, not because of corporate taxes, but because health care costs have diverted business spending from more productive uses like investing in new plant and equipment.

Why do Americans still pay far more for medical care than any other Western nation? The U.S. ranks dead last (and has done so for 15 years) in struggling to pay for medical care when compared to other developed countries, according to the Commonwealth Fund. We, or the companies who pay for our insurance, spend roughly $9,523 per person each year on medical expenses. That comes to roughly $3 trillion/year, for a family of four, medical insurance coverage by our employers amounts to $12,591, which is up 54% since 2005.

But Buffet isn’t the only one who is sounding the alarm. Bill Gates, the respected and visionary founder of Microsoft, in a TED Talk presentation last year, also warned of the devastation rising health care costs were having on our economy.

Wherever you look, he said, rising healthcare costs are siphoning off money that should be spent on things like education, building bridges, airports and paying down our debt. Governmental and private organizations, combined, are forced instead to divert more and more of their spending to health care costs.

Pundits decry America’s low rate of savings, but do not take into account how much of that potential savings rate is now being swallowed up by heath care costs. Economists say the typical American consumer is not spending like they used to; how can they when so much of that paycheck is now going to prescriptions, co-pays and deductibles? The truth is that whatever wage raises our workers received over the last few decades have not nearly kept pace with the hyperinflation of our medical costs.

I agree with both men. It is time for all of us—corporations, small business, Republicans, Democrats and Independents—to identify the real crisis in this country and do something about it. The healthcare sector requires a complete overhaul from top to bottom. Forget this sparring over symptoms and not the cause. If, as a nation, we don’t know how to turn the tide, there are plenty of examples among our foreign neighbors. What in God’s name are we waiting for?