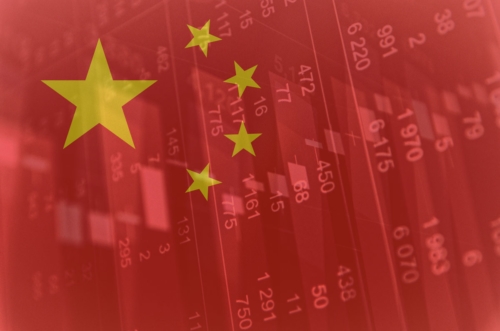 Throughout the last year, the People’s Republic of China (PROC) have instituted several far-reaching policies that have roiled their economy and stock market.  As a result, the Chinese stock market has lost some $2.1 trillion from its high. Are things about to change?

In a brief statement on March 15, 2022, China’s top financial policy body seems to have relented somewhat (if not completely made a U-turn) on policy. The governing policy committee promised to ensure stability in capital markets, support overseas stock listings, resolve risks around property developers and complete the crackdown on technology companies. Both the central bank and the banking oversight committee would help implement these policy changes.

Some might say that China has been its own worst enemy. An increasing (but late) chorus of Wall Street pundits have deemed the Chinese stock market as “uninvestable.” Some might ask, “Where have they been over the last ten months or so?”

On July 8, 2021, I warned investors in my column “China’s red hand of regulation” that “there are all the signs that these new regulatory risks are here to stay. In which case, we can expect more of them and as a result, a re-rating of Chinese securities (downward) would certainly be in order.”

I believed that the efforts of the Chinese Communist Party faithful, led by President Xi Jinping, to clamp down and extend control over its largest companies in the name of “common prosperity” would not only be successful, but also devastating for both local and international investors. The result: a $2.1 trillion hit to China’s financial markets. But is it now time to look forward?

Until this week, the red hand of this communist government had become even more intrusive and had moved into areas that were thought to be governed by the private capital markets in the name of national security.

There were also real concerns that another $1.1 trillion worth of U.S.-listed Chinese stocks could be in jeopardy. The fear was that some large mega stocks like Yum China could be de-listed under the Holding Foreign Companies Accountable Act for failing to submit detailed audit documents that support their financial statements.

An ongoing auditing dispute between Chinese regulators and the U.S. Securities and Exchange Commission (SEC) is still not resolved. This issue is also complicated by several other events which need to be resolved between both nations.

For example, in February 2022, China and Russia declared a new era in the global order, endorsing their respective territorial ambitions in Ukraine and Taiwan among other things. Since then, Russia invaded Ukraine, leading many to believe China was fully aware of Putin’s plans. China refused to condemn the move, nor agree to the economic sanctions levied against Russia by most of the West.

Relations between the U.S. and China have deteriorated further since then as China now appears to be helping Russia circumvent the sanctions. This issue goes away with a cease fire between Ukraine and China.

And while all of this is going on in the international front, China’s economy has taken a massive hit last year due to its over-leveraged real estate market. But the latest economic figures for January through February 2022 were well above expectations, with industrial output rising 7.5% versus last year. Also, fixed investment grew by 12.2% and retail sales were up by 6.7%. These were double the estimates of most economists. Growth this year is estimated to fall to 5.5%, which is still a healthy rate, but down from last year’s 6%.

Unfortunately, during the last week, the Chinese have suddenly been forced to begin shutting down some areas of their economy thanks to a resurgence in the Omicron variant of the coronavirus. This may call into question whether the country can sustain its expected growth rate.

China’s zero-COVID strategy, which was introduced early in the pandemic involves large-scale lockdowns, mass testing, and international travel bans. Tens of millions of people country-wide are facing restrictions. Shenzhen Province, home to 12.5 million people, has been locked down. It is the nation’s technology hub and a critical supplier to major auto companies and many semiconductor suppliers.

Jilin Province has also been shut down, with residents banned from moving around. This is the first time China has locked down entire provinces since the Wuhan and Hebei lockdown at the beginning of the pandemic. More lockdowns are expected in the next few days. However, if the global experience with Omicron is any guide, the surge in cases may be short-lived.

In my opinion, if you are willing to take a higher-than-normal level of risk, it is time to once again dip your toes into the Chinese stock market.