After weeks of trading in a narrow range, world markets broke to the downside. The culprit was once again Greece. Now investors must wait until this Sunday to discover if there is more selling ahead. 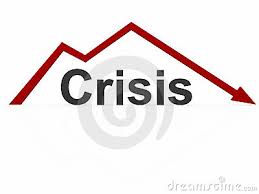 Last weekend’s move by Prime Minister Alexis Tsipras of Greece to call a voter referendum in the middle of last minute negations with its creditors effectively destroyed what chance there had been for a reasonable solution to that country’s debt crisis.

European negotiators from the European Union, the European Central Bank and the International Monetary Fund (commonly known as the Troika) stormed away from the bargaining table. They withdrew further financial support from Greece, which, in turn, forced the Greek government to close their banks and stock market, ration the amount of money Greek citizens could withdraw from ATMs as well as delay pensioner’s payments.

When world markets opened on Monday, Asian markets were clobbered first with declines ranging from 2-5%. European markets followed suit with Italy, Spain and Portugal down over 5%. The larger markets, such as Germany, fell almost as much. By the time American markets opened, it was a foregone conclusion that the rest of Monday would be rough. By the time the smoke cleared, the S&P 500 Index, the Dow and NASDAQ were all down over 2%.

The moderate gains that U.S. markets had compiled year to date have disappeared. The averages are flat to only slightly up for the year as a result. Technically, we are quite near the S&P 500 Index’s 200 day moving average (200 DMA), an important level.

I said last week that a 5-6% decline could happen at any time. So far this sell-off has barely registered -3%. That is nothing to fret over.

Europe, on the other hand, has already experienced a 10% correction (after a 22% gain in the first quarter). The continent could fall further depending on what happens Sunday. The situation in Greece is now in the voter’s hands.

The broad strokes of the referendum appear to give the people of Greece the choice of voting “no” on the Troika’s demands for increased austerity in exchange for further bailout money. Clearly, Tsipras (in a bid to stay in power) is squirming out of making that decision, even though he was elected to do just that. He is urging voters to reject more austerity, hoping to then use that verdict to extract more concessions from the Troika.

A “yes” vote would imply that voters would accept further belt-tightening measures as part of any creditor agreement. Whether Tsipras could survive such a vote is unclear. Wall Street seems convinced that the outcome will automatically set Greece on a path to either staying or exiting the Euro and the European Union.

Certainly, the European powers, led by Germany, are adamant that the referendum would and should be a decision on whether Greece remains in the Euro or returns to the Drachma. Unfortunately, they do not control the referendum nor how the questions will be phased. But given that the EU is both a political and an economic union, I believe neither side is going to get what they want. In which case, the drama will continue.

But I am certain that the decline in European stocks is a buying opportunity for aggressive investors. Europe will survive this mess, in my opinion, and prosper despite it. Like China, which is still in the throes of its own correction, European equities are not for the faint of heart. Remember too that with the purchase of European stocks (unlike China) comes the additional risk of getting the currency right. Will the Euro go up or down and over what timeframe? I believe that over the long term the Euro will continue to decline but over the next six months, who can say?

Bottom line: if you decide to put your toe in the water over there make sure you do so knowing all the risks. Above all, keep your exposure toe-sized and no larger.