Two steps forward, one step back, it’s the nature of things. Unfortunately, stock markets are susceptible to this pattern as well. As such, investors should be gearing up for a bit of downside in the near future. 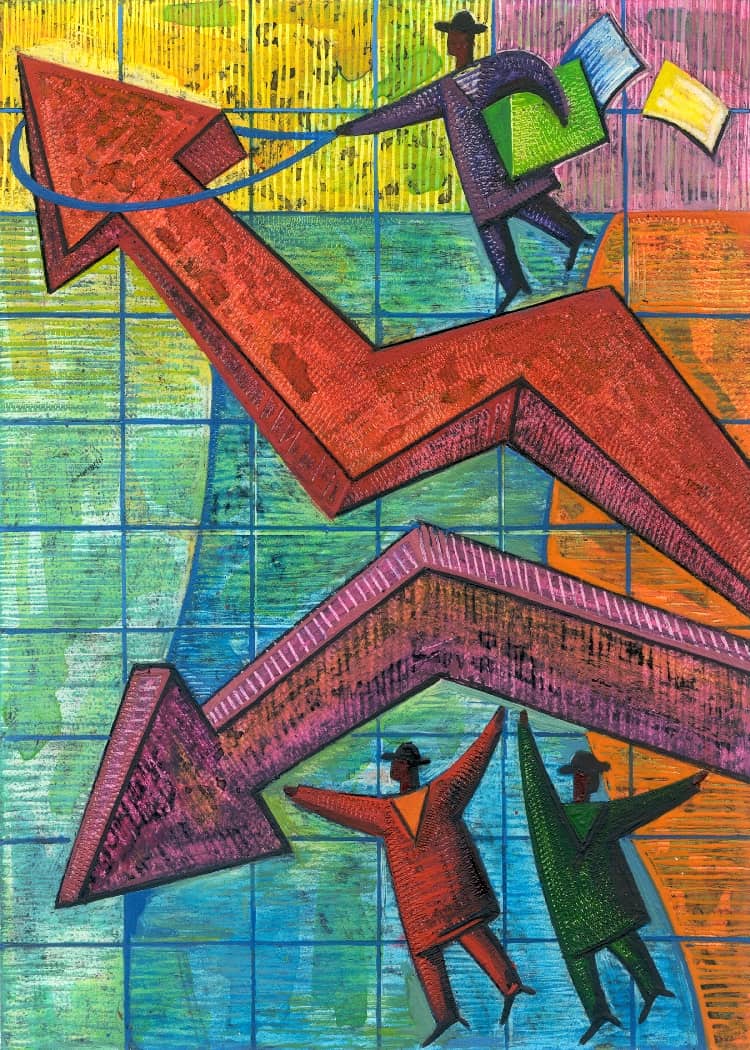 That should come as no surprise. I like to remind readers that equity investors can expect at least one to three selloffs per year. Some of those declines can be quite scary and seemingly come out of nowhere. That’s the price of doing business in the stock market.

Traders know this. They are paid to anticipate these moves. They make their money during times like that. They will buy stocks at giveaway prices from panicky investors like you and I, who typically sell at the lows and buy at the tops.

My hope is that if I can prepare you to expect these minor blips in the market beforehand, you won’t become a victim of your own fear. Take the present level of the S&P 500 Index, which hit 3,000. That is something I predicted would happen a few weeks ago and right now, if you had stayed invested, you would be quite pleased with your performance.

The 3,000 level on the S&P 500 is a nice round number and humans, for whatever the reason, are drawn to nice round numbers. That level also registered as a new historic high (actually, the index hit 3,018 for a moment, before backing off). But for some, if you put those two events together, some might assume that we may have hit an interim top in the markets.

That’s way too easy. If I were to guess, the benchmark index will chop back and forth right around here for a few days before forging up and through this level. If it does, the knee-jerk reaction by traders would be to rush in and push the averages up even further by another 30-50 points. Now, that’s when I would look for a decline.

Given how many times in my career I’ve been wrong gaming the markets on a short-term basis, I warn you that these what-if scenarios I spin should be taken with a grain of salt. When I’m right, I’m humble about it. To me, timing the market week-to-week will always be more of an art– a feel for the markets based on years of getting it wrong and learning from those mistakes. Don’t ever let someone convince you that market timing is a science that can be quantified and acted upon.

I will say bullish sentiment, according to the US Advisor Sentiment data for July is signaling caution once again. The bulls reached a 2019 high of 58.0%. That is the third week in a row of back-to-back bullish readings and places the markets in the middle of a danger zone. When the spread between bulls and bears reaches 40%, it is usually advisable to “batten down the hatches” by taking defensive action immediately. That spread is now 41.2%

Those sentiment indicators gave us a good “tell” back in April that stocks were going to fall. The stock market declined 7% in May, before rebounding. While bullish sentiment is usually a good contrarian indicator, it isn’t the end-all, be-all variable that determines market direction.

Earnings, for example, can trump sentiment, quite easily. It is too early to judge how good or bad results will be before this, the second quarter. The mega banks reported this week and the results were mixed. We have had some “beats” but also “misses,” in companies that better reflect the health of the economy. However, the jury is still out.

Given the concerns over a slowing economy, tariffs, etc., forward guidance for the next quarter or two of earnings could be critical. Negative feedback from company managements could disappoint investors; in which case, a pullback may come sooner than later.

Whether or not we decline this week, this month, or next month should be immaterial to you, if you are a long-term investor. If you have money you want to invest, however, I would put off committing new cash to the markets for now.