This week’s announcement of a third quantitative easing program goes beyond anything the Fed has done in the past. It is open-ended, extremely positive for equities and will continue even after the economy begins to pick up its pace. The bears are dead. 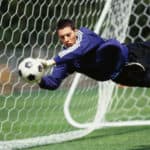 This is a game changer, in my opinion, so hold on to your hats because the markets are definitely going higher. The only question is how high?

I won’t bore you by regurgitating all the moves the Fed has made, but I will give you the bottom line. Interest rates on the short end will stay low through 2015. The Fed is going to target the mortgage market (read housing sector) by buying up all the mortgage-backed securities they can find. That should both drop lending rates further and also spur the banks to start lending money to Americans who have not been able to obtain mortgages or refinancing.

These latest moves by the Federal Reserve Bank are actions I have been advocating since writing my column “What the markets missed” on September 22, 2011. It actually goes further by putting everyone—the markets, the politicians, the corporations and small businesses—on notice. Fed support will be on-going. Why is that important?

Because up until yesterday, the Fed’s wait and see attitude toward additional stimulus created a great deal of uncertainty within the markets and the business world. It also created what I call a “start and stop economy.”  In such a business climate, both Fortune 500 corporations and small businesses cannot plan, cannot hire, and will not invest.

The Fed is not only removing any uncertainty that this might have been their last QE move, but goes a lot further by putting everyone on notice that they are committed to stimulate for as long as it takes–even after the economy starts to grow again.

Remember readers that no matter how much support the Fed is willing to contribute they can’t solve the unemployment problem alone. Once again, Chairman Ben Bernanke reiterated that without fiscal policy, the unemployment situation is not going to improve very much.

So bear with me as I fantasize about the near future. In my opinion, Ben Bernanke just handed the presidency to his boss, Barack Obama. In exchange, so this story goes, the newly re-elected President Obama will forego partisan politics, work with the opposition in both the House and Senate and implement a full employment policy through fiscal stimulus.

But what specific policies are the Republicans and Democrats going to implement in order to reduce unemployment? Both sides keep jawboning about “Getting America back to work” but exactly how are they going to accomplish that? How, for example, is cutting spending and raising taxes either directly (taxing the rich) or indirectly (cutting services to the middle class and poor) going to increase job growth? Readers/voters should demand those answers now—before voting for one politician or the other.

But back to the markets, with “risk on” once again, dividend and income funds should take a back seat to more aggressive areas. That doesn’t mean dividend stocks won’t still go up. They will, but just not as fast. Other more defensive areas such as utilities, consumer and durable goods, healthcare and such will also see less price appreciation than some other sectors. For those who still hold long-dated U.S. Treasury Bonds, get out of them right now. The Fed is no longer supporting that market and as the economy strengthens the prices of these bonds are going to plummet.

Some areas in the stock market that have lagged the overall markets could do quite well between now and November elections. The materials sector seems ripe for a rebound as do the financials and industrial sectors. Emerging markets, which are also top heavy in commodities, could catch up fairly quickly.

I am not sure how high the markets will go before succumbing to a bout of profit taking but, given the background of central bank stimulus, I remain a buyer of pull-backs, which has been my advice since early June. It was a great summer and it could be an even better fall.