The newest wrinkle in the Greek debt crisis occurred this week when Greek officials met with Vladimir Putin to discuss a gas pipeline extension as well as the possibility of lending the cash-strapped nation additional funds. 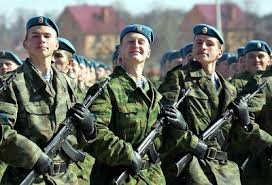 Deliberate leaks to the press during negotiations, accusations that Europe is blackmailing Greece and constant grandstanding by Geek Prime Minister Alexis Tsipras has not only turned off EU, IMF and ECB negotiators, but has created a growing chorus of those who just want an end to the farce. There will be another last-ditch attempt at some sort of reconciliation on Monday, in an emergency summit of sorts in Brussels. Greece still has 12 days to make its monthly debt repayment of $1.8 billion to the IMF.

It is somewhat interesting that Tsipras, who is the leader of a nation that has been long-called “the Cradle of Western Democracy”, would be embracing Putin, the antithesis of all-things democratic. To me, it is simply another bargaining chip. A desperate Tsipras, who has increasingly painted his nation into a corner, has managed to alienate and increasingly isolate himself and his nation from the rest of the European Community. Thus we see Putin enter stage left.

The Russian gambit is to peddle investment and loans for influence and political gain. The two nations are discussing a preliminary agreement to build a gas transmission extension of its Turkish Stream pipeline that will bring more Russian gas to Southern Europe over the next few years. This is a multi-billion dollar project for Greece, which is starving for capital.

The last thing the U.S. wants to see from a geopolitical point of view is a growing alliance between Greece and Russia. That could present a strategic nightmare for the U.S. and NATO. A decisive shift in Greece’s allegiances from the West to Russia could roll up NATO’s eastern flank. At the same time, it would most likely end any chance of maintaining a united front with Europe in the context of continued economic sanctions against the Russians.

All of this posturing is keeping traders on edge going into the weekend. Rumors that Greek banks won’t open on Monday, that a deal is in the works between the ECB and Greece and any number of other stories are flying around Wall Street on an hourly basis. Readers, there is no way you can position yourself for what is to come. The outcome and the reaction of global markets are impossible to call.

What I can say is that if the worst happens and Greece gets booted out of the Euro, it will only have a short-term impact on markets. It would be (in my mind) a buying opportunity and not a reason to sell.

As for the rest of the world, China (as I warned readers last week), is correcting with the Shanghai “A” shares market down over 10% since early June. What’s the potential downside from here? I’m guessing a total 20% correction at worst, which would leave the “A” share market at the 4,000 level (versus 4,478 today). Given Shanghai’s 100% plus gain over the last 12 months, that’s not something I’m too worried about.

The U.S. market once again dropped to the bottom end of the trading range. Pundits predicted even worst to come but stocks did a U-turn instead gaining 3.5% in three days. Once again, the Fed’s FOMC meeting was the catalyst for this most recent spike higher. No never mind that neither Chairwoman Janet Yellen nor the Fed said anything new. My advice: kick back, stay invested and watch the fireworks next week. It should be amusing.