In today’s world, talk of tariffs is part of daily news headlines. Politicians use terms like “free” and “fair” almost interchangeably in discussing trade to justify their position for or against tariffs. Maybe it’s time to review the difference between the two concepts. 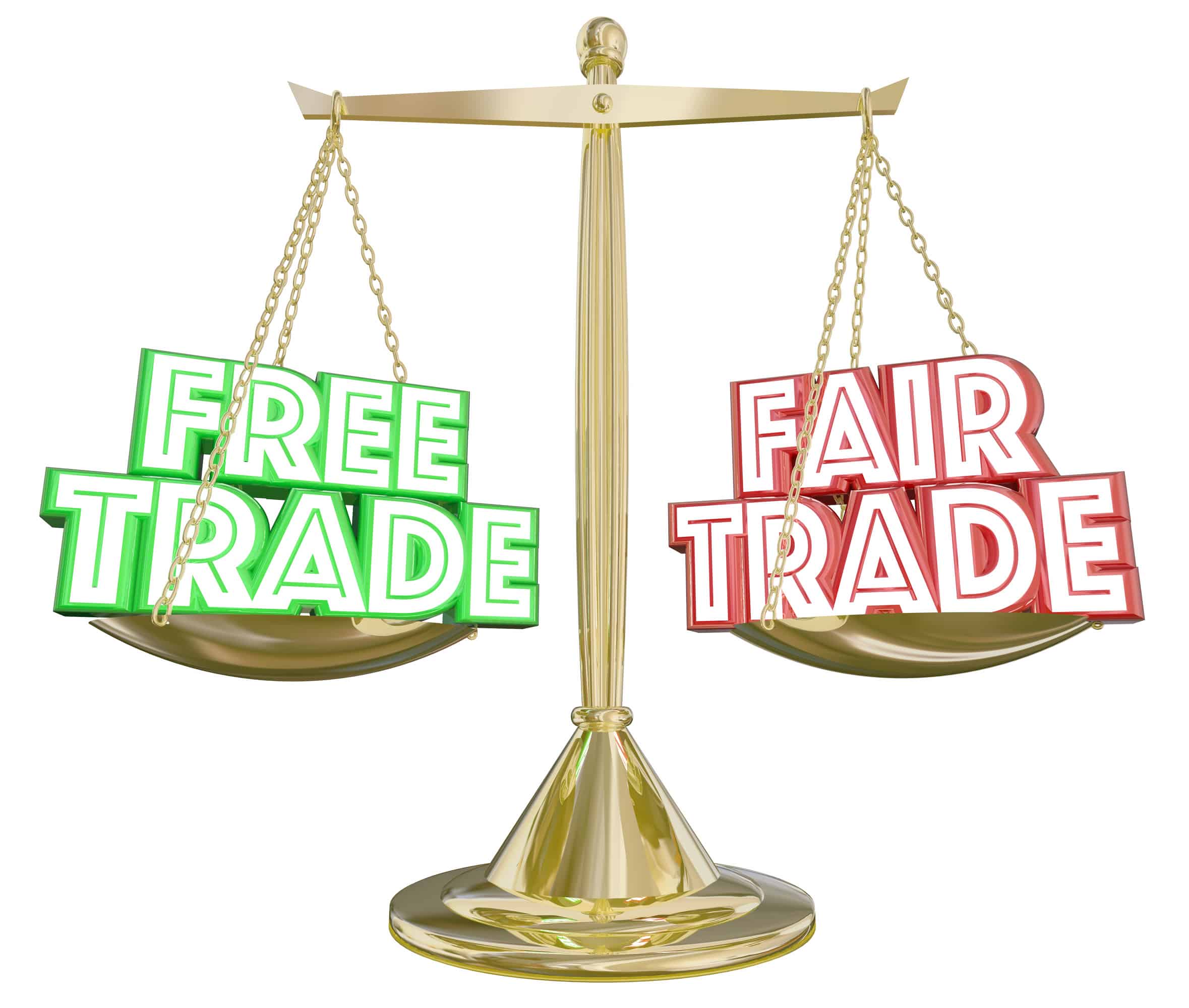 While they may sound similar, free trade and fair trade are often at opposite ends of the pole. Free trade is a world where the gloves are off. It allows international cut-throat competition where the marketplace can drive the cost of products way below the price where anyone can make any money. Free trade makes things cheaper including the money we earn to produce those goods.

Fair trade, on the other hand, is in the eye of the beholder. What may seem fair to you or me, may be the opposite from someone else’s point of view. That’s because fair trade places all kinds of restrictions on producers of goods and services. Overall, fair trade tends to make goods more expensive. That’s because it costs more money to guarantee a minimum wage or make sure that a coal mine or steel mill’s working conditions are safe.

However, throughout history and into the present day, both concepts are abused quite often. Take our country’s attitude toward trade. After World War II, for example, North America was the only continent left standing. Europe, Asia and everywhere in-between had been decimated by warfare. Our allies needed help and free trade seemed to be the best answer to rebuilding the world in the shortest time possible.

It was the age of Japanese transistor radios, cheap autos from Europe, and U.S. industrial and food production that could be purchased with extremely easy terms. America opened its arms to anything the world could export to us. The purpose was to rebuild and increase economic growth worldwide for both the winners and the losers. All we required was an adherence to democracy.

We accepted free trade, while allowing our partners to re-build on the foundation of fair trade. The purpose was to allow agriculture, industrial production, and the consumer to recover in war-torn regions. We deliberately looked the other way as countries like France, Germany or Japan set tariffs on our cheap imports to protect their own struggling dairy or textile businesses.

Over the years, we all got used to this kind of lopsided arrangement. After all, America was the leading economic power in the world by a wide margin. We could afford to carry the world’s weight on our shoulders.

Fast forward to today. Yes, we are still number one, but China is a close second. Europe over the past fifty years has forged their own powerful economic union and yet some of our trade deals have failed to keep up with these changing economic circumstances. Part of that problem, I believe, has been the U.S. practice over the past several decades of exchanging economic benefits for geopolitical influence.

How many times in the past have we given massive amounts of foreign aid in the form of trade deals, or gone along with outrageous tariffs on American imports just to achieve some dictator’s promise to forsake communism or socialism and follow our brand of democracy?

Clearly there is, and has been, a long list of unfair trade practices by just about every country in the world, including our own. I do not believe free trade exists in the world today. But recognizing that our steel and aluminum industry may need some relief from some other country’s dumping practices is not the end of the world.

It appears to me that the present turmoil in the financial markets simply reflects something new and different and to some, a therefore dangerous turn of events. Because it has been so long since our country has stood up for itself in the trade arena, those invested in the status quo fear any change at all–even if it is to our benefit.

I commend the president for addressing this issue. Could he have found a better way to do it? Sure, but then again, I’m not the person sitting in the hot seat. Getting a better deal at the trade table is long overdue for this country, even if in the short-term, it might upset a few apples in the cart.

Are financial questions keeping you up at night? Financial Advisors Holly Simeone, CES™ and Lauren Russo, CEPA, FPQP™, CVB, together with Paraplanner Angela Elzner, FPQP™, invite you to invest in your financial health by joining them during Open...
To Our Family of Clients, Last year felt like it would never end. It wasn’t as bad as 2020, but we still felt the weight of the COVID-19 pandemic. In contrast, 2022 felt like a blur. This was...
This special series of blog posts spotlights the individual team members who make Berkshire Money Management great – and a great place to work, too. Today we’re celebrating Financial Advisor Nate Tomkiewicz, CRPC® as he marks six years...