It wasn’t supposed to happen. After the British surprise vote to exit the European Union caught global investors leaning the wrong way last week, most traders expected a blood bath. Instead, after a two-day 5% sell-off, markets have regained almost 90% of that loss in the last few days. So how could the “smart money” get it so wrong twice in one week? 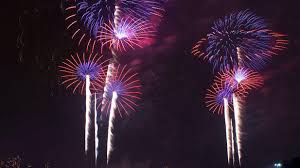 Readers may recall that traders had at first bid the stock market higher in anticipation that the UK would remain in the EU. When that didn’t happen, traders flipped the other way by selling and shorting. Most of the world markets were down by 5% or more between last Friday and Tuesday.

And then a funny thing happened. Markets worldwide started to rebound despite dire predictions that fallout from the Brexit vote would crater the economies of Europe, impact the U.S. economy, and generally create worldwide havoc. You can credit the central banks of the world for the turnaround in the markets, not that they did anything special. They simply stated that they stood ready to defend world markets, if necessary, from anything that might appear to be unorderly. That’s all that was required.

Traders took that reassurance to mean (like it has in the past) that even more money would be poured into financial assets in the near future. Global bonds rallied as interest rates plummeted. Commodities soared and so did stocks. Over the last three days there was a worldwide dash to buy back financial assets of all kinds. Thursday night, as expected, the Governor of the Bank of England, Mark Carney, said that British investors could see further stimulus this summer.

That sent the UK stock market (the FTSE 100) to a ten-month high leaving British stocks up 2.8% since Brexit. The British pound, on the other hand, has plummeted 8.5% during that same time period, which will be good for UK exports in the months ahead.

As the fireworks subside and the smoke clears, we find ourselves just about where we were before the whole Brexit thing started. The S&P 500 Index and the Dow are up 3% for the year, NASDAQ, the weak sister, is making up its losses and the world looks wonderful as we head into a three-day weekend.

Of course, you may wonder why gold, a traditional safe-haven commodity, is climbing, even though Brexit fears appear to be a thing of the past. So too are U.S. Treasury bond prices, also a safe-haven in times of uncertainty. Does this mean, as many think, that the world is in a mess and investors are simply whistling past the graveyard?

Well, yes and no. Gold and other commodities are running because more and more investors are convinced that this entire central bank stimulus is making the world’s currencies less and less viable. There will come a day, so the bears say, when we will all pay a high price either in inflation or another financial crisis for all this central bank largesse.

Then too, as more and more global bonds pay negative interest rates, thanks to these same central banks, investors are chasing the highest rates of returns they can find. U.S. Treasury bonds, after inflation, are returning you nothing in interest payments, but foreign investors are buying them hand over fist because they still offer more than their own bond markets do.

As rates fall, dividend yielding stocks, such as utility and telecom companies, which pay large dividends, are making new highs, despite the fact that these stocks are becoming more and more expensive. What used to be safe and defensive has now become aggressive and risky. As central banks continue to experiment with our financial futures in this brave new world, the stock market continues to climb until it doesn’t. Where it all ends, no one knows. Have a happy Fourth of July.

Your elderly dog has arthritis. His breathing is difficult. He needs assistance to get up, and his bladder is failing. The vet bills are far higher than your own, and it is getting more difficult to pay them....
Is the U.S. economy currently in a recession? The National Bureau of Economic Research isn’t officially calling this a recession, but after two consecutive quarters of declining GDP, Berkshire Money Management Founder and CEO Allen Harris is convinced...
Nurses and other healthcare professionals in the Berkshires and across the United States find themselves in a unique retirement situation: the 403(b) offered by their employer can be stewarded by the financial management firm of their choosing...