Once again, the U.S. markets are flirting with the lower end of their trading range. The Fed heads are still yakking about when an interest rate hike will happen and an unremarkable earnings season is just about over. How much of this matters to you and your portfolio? 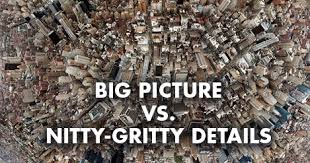 The short answer is very little. Readers know by now that I’m not expecting much from the U.S. markets this year (maybe a mid-single digit gain at most). On a weekly basis, we could talk about payroll gains (in line at 215,000 jobs), or whether media stocks have truly lost their way (probably not). Then there is the price decline of that much-loved, over-owned, all things “Apple.” Some analysts believe that where that stock goes so goes the market. I say balderdash.

As some of the big momentum names suffered double digit declines this week and the S&P 500 index once again tests its 200 day moving average, the bears are calling for further downside. There is nothing new in their arguments—declining oil prices, declining commodity prices, stronger dollar, slowing global growth—we’ve heard it all before, most recently just a few weeks ago when we were flirting with these same levels on the indexes.

Instead of focusing on the minutia, I thought it would be helpful to remind investors of the Big Picture. After six years of stock market gains sustained by the Federal Reserve banks’ historical stimulus program, the U.S. markets are taking a breather. That levelling off has roughly coincided with the cessation of central bank easing, which was the fourth quarter of 2014.

This is not the first time the Fed has turned off the money spigot. Readers will recall we have had several on-again, off-again stimulus programs since 2009. In every case (until now) the markets have declined between 8% and 19.4% on the back of those actions, but not this time. Not only has the stimulus program gone away, but now the Fed is anticipating a hike in interest rates, its first in nine years. And how has the market reacted? — Quite admirably in my opinion.

We seemed to be taking this change in policy far better than we have at any time since 2009. That should tell you something about the longer term health of our markets. As for me, I’ll take a flat year in stock performance, as opposed to a double digit decline any day of the week.

Overseas, we have the opposite set of variables. Thirty four out of 37 central banks are pumping money into their economies and have been doing so for over a year in most cases. If American financial history is any guide, this central bank stimulus should produce the same results as it did in our country, namely 100%-plus stock market gains. Along the way, we can expect pullbacks, as we have experienced in this country. These declines are generated by everything from simple profit taking to major concerns over the success of these programs. All of the above are playing out in Europe, China, Japan and a host of other countries.

Use recent history as a guide, rather than the day-to-day noise that can obscure your end game. Our Federal Reserve policies are working just fine. Have faith in the Fed to continue its work in growing the economy and employment. A year of stock market consolidation is a small price to pay for that success. In the meantime, stick with your overseas investments through these periodic pullbacks just like you did in our markets. You could be handsomely rewarded in the long run.