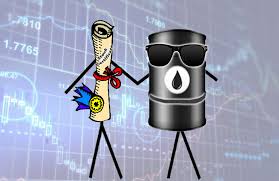 Investors can expect the stock market to carve out a new trading range over the next few weeks. The good news is that range will be higher than it has been all year. The bad news is that we should not expect a repeat performance of March.

March was a good month for the S&P 500 Index. Stocks gained about 3%, and as of today, are positive for the year. Friday, investors worked overtime as they digested a slew of data. The day kicked off with employment data which was good: 215,000 jobs gained, while hourly wages increased by 7 cents an hour. And more Americans are looking for jobs.

The bad news was that we are still losing jobs in the manufacturing sectors, since just about all the gains were in the service economy. Beyond that, we received more data on everything from construction spending, the PMI (Purchasing Managers Index) to domestic vehicle sales and plenty more. I won’t bore you with the details. All you need know is that in total the data revealed an economy that was plugging along at a roughly 2% plus rate or slightly better.

In the past, I’ve warned readers not to hang their hat on any one economic data point. While economists might be cheered or disappointed by one month’s group of statistics, the facts are that all these numbers are revised more than once (up or down) in the weeks and months ahead. What stock market investors need to know is if any of these data points would make the Fed hike rates sooner than expected.

The answer is no. The Fed is on hold in their plans to raise short term interest rates until the economy gives definite signals that we are growing faster than the present rate. We are not. The Fed’s brief is both keeping inflation in check and insuring a healthy labor market. Given moderate growth and employment gains it appears to the Fed that the country is in a sweet spot.

As such, the dollar will continue to remain in a trading range, as will bonds, and to some extent, the stock market. Here’s the thing: nothing has changed as far as the well-being of the U.S. economy over the last quarter. It is why I did not advise anyone to bail out of stocks in January or February. Just because the market was having a hissy fit at the beginning of the year, it is no reason that you should have one too.

You might ask, why then was the stock market down on Friday in the face of good or at least in-line data points? Look to oil for a reason. Word from Saudi Arabia’s’ oil minister this week is that the production freeze by them and others will depend on whether or not their arch-enemy Iran also agrees to a freeze.

That stance is understandable given that both countries are at loggerheads in the Middle East. At the same time, both parties know that sanctions have just been lifted on Iran’s oil production by most importers of oil. That country is only now trying to make-up for years of lost production and won’t tolerate a freeze on that effort. As a result, oil dropped almost 4% on Friday.

As I have written before, the stock market is still held hostage to the oil price. The OPEC meeting is supposed to happen this month and it is natural that investor anxiety will heighten as all parties to the negotiations stake out their opening positions. That will make for a lot of ups and downs in the oil price and will have a subsequent impact on stocks. It is why I believe that this month we won’t see much progress in financial markets. After that, we will enter the presidential convention period. That too may keep a lid on equities into the Spring.