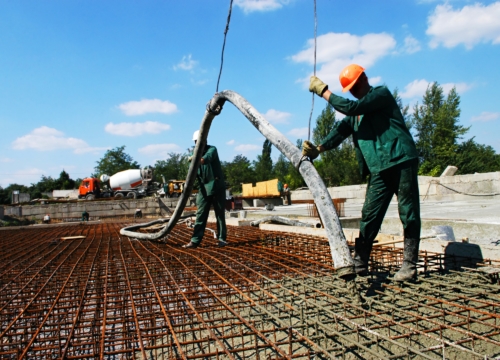 The good news first.  The economy grew by 6.5% in the second quarter, which was one of the best quarters in recent memory. The bad news: it was a big miss.

Economists were expecting an 8.4% rise, but the markets took it in stride. One explanation is that investors are well aware that the macroeconomic data is, at best, somewhat unreliable and prone to large revisions. It is not the government’s fault. The pandemic and subsequent reopening of the economy has made gathering economic data difficult.

Another reason investors gave the miss a pass is that consumer spending, the biggest component of U.S. economic activity, exceeded expectations. A stronger than expected number supports the case that the economy is still in good shape.  And will continue to rebound.

The weaker GDP number is also one of those “bad news is good news” events since it supports the Fed’s argument that there is no need to tighten right now.

This month’s FOMC meeting and Fed Chairman Jerome Powell’s subsequent press conference drove that point home.  For the time being, Powell said, the Fed will be more focused in gaining jobs than in controlling a temporary spike in the inflation rate. The thinking is that at some point in the fall we can expect the central bank to begin tampering their bond purchases.

Kudos are in order to those on both sides of the aisle for finally coming to a compromise on infrastructure spending. The 67-to-32 Senate vote, which included 17 Republicans in favor, cleared the way for passing the first infrastructure bill in years. President Biden deserves credit for his ability to lead and as well as to compromise. But there is still a long way to go before this deal becomes law.

My own disappointment centers around the fact that this compromise only includes $550 billion in new federal spending spread over many years. It is not nearly enough to repair and rebuild a nation’s worth of roads, bridges, rail, transit, water, and other physical infrastructure programs. For example, just repairing (or rebuilding) one, century-old tunnel that connects New Jersey with Manhattan would cost $11.6 billion or more.

If we compared the amount other nations spend on infrastructure, (think China) this bill is not only woefully inadequate, but almost guarantees that our nation will continue to slip lower on the economic scale. Fortunately, the Democrats are working on a $3.5 trillion budget blueprint that will provide additional spending on climate, healthcare, and education which will help, but it is still not enough.

As this quarter’s earnings season winds down, it is no surprise that the vast majority of companies beat estimates on both the top and bottom lines. Those earnings are what has propelled the averages to new highs. Large cap, growth stocks have had a great run and seem to me to be a bit over-extended. It wouldn’t surprise me if we see a mild pullback (3-5%) in the days ahead.