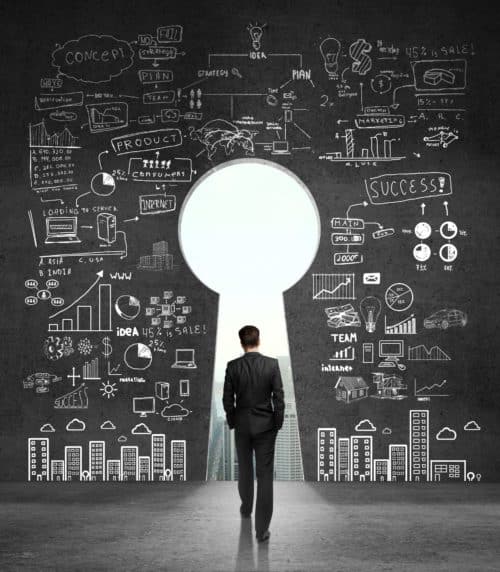 As the economic and unemployment numbers reveal the devastating impact of the coronavirus, a struggle has developed between those who want to reopen the economy now, and others who fear the consequences of doing so. Is it truly a trade-off between economic life and additional deaths?

No one knows, but plenty of people and red state politicians seem willing to take the chance. Those in blue states, which have been hit the hardest by COVID-19, along with the entire international medical community, want to take a more cautious approach.

As far as the markets are concerned, the roller coaster ride that sent the averages up and down on a daily basis this week was simply a reflection of this on-going argument. As readers are aware, investors can and will plan for a known outcome, whether good or bad. They resist taking an action if the outcome is unknown. What we have here is one big unknown.

It struck me just how fragile this 28% rebound in the averages is right now. For example, Gilead, a biopharmaceutical company, that investors hope may have developed a drug (Remdesivir) for the treatment of COVID-19, erased just about the entire gains of all three averages yesterday.

The World Health Organization (WHO) mistakenly revealed the findings from an incomplete clinical trial by Gilead conducted in China on their website. The study stated that the drug failed to speed the improvement of patients afflicted by the virus. WHO took the posting down quickly, but the damage was done. The markets erased gains despite the fact that an additional, much more meaningful, study should be forthcoming in the coming weeks.

As the unemployment rate skyrockets, erasing virtually all the employment gains of the last decade, and the data on the economy becomes worse and worse, Corporate America and a large segment of small businesses, are demanding that the country get back to work, despite the human costs. Of course, it is couched in terms like “reasonable,” “safe” and “slowly,” but open nonetheless.

Investors have been tugged in opposing directions. Statements from various governors on immediate plans to reopen are encouraging the markets, while the continued information flow from other states and the medical community about the spread of the virus have investors unwilling to push the markets higher.

A New York study measuring the spread of the COVID-19 virus found 13.9% of people tested had signs of the virus. If you extrapolate those results on a statewide basis, about 2.7 million New Yorkers may have the virus. That’s about ten times the official count based on the testing of mostly very sick patients. And that illustrates the crux of the matter.

Without the ability to test the population of the United States, there is absolutely no way of knowing whether going back to work on a national basis will simply lead to a “round two” and a further blow to the economy, which some believe could send us into a second depression.

Critics point to that very thing happening during the 1917 influenza pandemic. The country was loath to quarantine its citizens as WWI got underway. Infected American troops were sent into Europe, which caused the flu to spread worldwide and mutate. By 1918, a second wave hit America and in a three-month period decimated the country. Could it happen again? Doubtful, but few medical professionals want to take that chance.

Rational readers might ask the obvious question: why, after five months, and millions of people infected, has the United States government failed to develop, buy, and/or administer enough tests to reveal the true extent of the virus in America? The technology, materials and know-how exist. If China, Europe, and even some emerging markets, like South Korea, can do it, why can’t we?

It is a mystery that continues with no explanation, despite daily “briefings” by the White House. The only reasonable explanation, in my opinion, is that our government is deliberately avoiding testing, but for what reasons?

In the meantime, the markets seem to me to be close to a resolution over this debate. For the last two weeks, we have been in a trading range. For the S&P 500 Index, the bottom of the range is around 2,720, while the top is just around here at 2,800. As I have explained, so much of what will dictate the next move in the markets is outside of my expertise.

If Gilead’s drug, or some other breakthrough vaccine, should be developed, the markets could break out on the upside, and we could easily see another 100-plus points tacked onto the index. If, at the same time, those states that go back to work have no problems, that too could encourage the markets. If, instead, virus cases ramp up in the country, as a result of going back to work, we could break 2,702 on the downside. If so, expect another 5-10% pullback. I wish I could be more certain, but this pandemic remains a big unknown to all of us, present company included.