It is official: the happiest country in the world is Norway, with Denmark the runner-up, according to the World Happiness Report. What lessons can we learn from this survey and what, if anything, should we do as a nation to join their ranks? 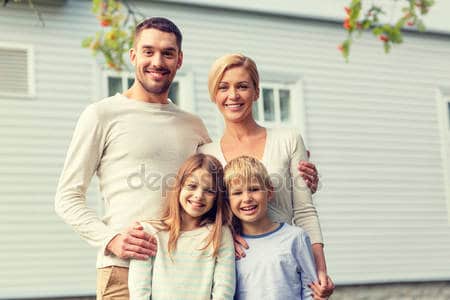 Where, you might ask, do we here in the U.S. rank? The answer would be number 14, down from number 3 in 2007. The least happy inhabitants on earth appear to be in Africa while the average Chinese person is no happier than he was 25 years ago, despite the country’s much-lauded economic miracle.

How do a pair of tiny countries stay so happy for so long? It sure isn’t the weather, where it is so cold that summers require overcoats and the days can last so long that they keep tourists complaining about lack of sleep. Or is it?

Clearly, the people there have a lot of money. Norway, for example, is the sixth wealthiest country in the world. They can thank the North Sea’s oil discoveries 40 years ago for that. Denmark also has a high GDP per capita, but so do we, and yet we placed far lower. One answer is what these people actually do with their money.

These countries make it a priority to give their citizens economic security. Take health care, for example. While our government is in the throes of reducing the number of Americans who will be insured through health-care, in Norwegian society citizens pay a maximum of $300/years for doctors, hospitals, and other medical services. After that, the government pays for everything for that year. In addition, they get other benefits such as all children’s medical expenses are paid for by the government, including childbirth and five weeks paid vacation.

Think of it, as our Baby Boomers worry over how they will pay for their future medical bills, people there feel a great deal of security about their medical future. And it doesn’t end there. Everyone receives a pension at 67 and education is free through the university level. In exchange, Norwegians pay higher taxes than we do. Is the trade-off worth it? Well, if happiness is a measure of worth, the results seem to indicate it is.

In our country, at least on the East and West Coasts, winters are relatively mild compared to Scandinavia. And yet, so many of us fight depression over the winter months. How is it that people in Scandinavia, where it snows all the time, can maintain their good spirits? One reason may be that bad weather forces people to band together and to support each other against the elements.

Here in the Berkshires, for example, many of us can’t wait for the next snow storm because we ski, snow shoe, tube, or all of the above, before the last snowflake falls. Norwegians, like we in the Shire, have a positive attitude toward negative weather. Norwegians have a saying that “there is no such thing as bad weather, only bad clothing.” Tell me about it!

My wife’s family is from Norway. For years, she has been bugging me to make a visit and meet her extended family. They are like other Norwegians. They have tons of community spirit developed by staying in one place, living their lives, passing down their family homes to their kids and so on.

Unlike the two of us, who have moved maybe 6 times in 17 years, Norwegians describe themselves as “place bound” and are proud of it. The good news is that I will get a first-hand experience of Norway in August, when we will spend two weeks meeting and greeting her family. I will have more to say upon my return. In the meantime, however, it appears that happiness has more to do with community than money. That, my dear reader, should be taken to heart. America today is all about us versus them; our right, versus their wrongs. If there was ever a prescription for unhappiness, all we need do is look at ourselves as a nation for the reasons why.