Nothing really changed this week. The S&P 500 Index is up about one point from last Friday’s close. It makes little sense to try and trade this market unless you are nimble and spend eight hours a day making small gains and getting out before the end of the day. 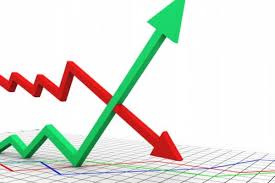 We continue to trade in a tight range with markets held hostage by the on-going Greek tragedy. Brinkmanship among all parties concerned continues with the International Monetary Fund deciding last night to walk out on the talks. Clearly, patience is wearing thin among the IMF, The ECB and the EU.

Unfortunately, the markets are still hanging on every word that Germany, Greece and other organizations utter. Investors have no idea whether today’s news will be good or bad. Given this kind of volatility, the best thing you can do is nothing.

The bond market is where the action is as well as with currency exchange rates. The U.S. 10-year Treasury note actually touched 2.5% earlier in the week before falling back. I suspect that rates will be going higher both here and abroad as investors begin to realize that global economy is starting to grow.

It appears the bloom is off the rose (for now) when it comes to investing in China. The markets there have been up and down for a couple weeks now. That doesn’t mean that you should sell. If, instead, the averages over there continue to chop around, in a much-needed consolidation, I have patience. Far better that Chinese stocks meander sideways than decline by 10-20%.

Japan, on the other hand, continues to grind higher. The Nikkei now stands at 20,407. Economic data continues to encourage investors over there and I expect the Japanese averages to continue to advance. Today, however, a final vote in the House will determine if the fast-track TPP trade deal will be passed. At latest count, the votes for and against are razor-thin. Prime Minister Abe has staked his reputation on the passage of TPP. A rejection of the vote could cause the Nikkei to tumble over the short-term.

Over in Europe, the German market has plummeted 10% or more thanks to the Greek fiasco. At some point, I may become interested in Europe but not before the Greek issue is resolved. If Greece exits the EU and if the markets sell off as a result, I might be tempted to put my toe in that water over there. Given that Greece has until the end of June to come up with a deal, we have plenty of time.

As for the U.S. market, expect more of the same. This sideways action since January has been quite good for the markets. It allows the fundamental economic data to catch up to the price levels of the market.