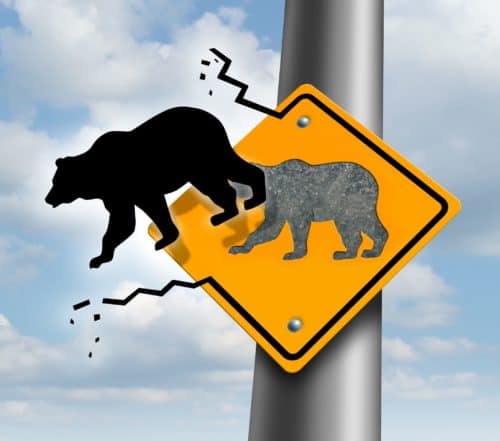 Markets that go up or down several percentage points a day is the new norm. As COVID-19 begins to infect the U.S. heartland, more and more of the country is shutting down.  Deaths and cases have still not peaked, so why should we expect the stock market to have bottomed out?

The financial media, I believe, is providing investors a great disservice. Every day, some analyst, money manager, or company executive is either trying to pick a bottom, or telling you the bottom is already in, or arguing that it may be weeks or months away. Ignore them.

My column is not about giving you false hope, or doom and gloom warnings. It is about the fact that the stock market is simply ‘un-investible,’ right now. I haven’t used that term for more than a decade (since the Financial Crisis of a decade ago), but it is as true today as it was then.

It is a time when events move too quickly for investors to even guess at the financial and economic implications of each news item. Facts are difficult, if not impossible, to ascertain. Financial markets, as a result, react in a strange and unpredictable manner. That describes today’s markets to a “T.”

But un-investible does not mean you should sell everything and get out of the market. It means that you should do nothing until such time that we have at least an inkling that the storm has passed. A good place to start would be to listen to the medical experts, while ignoring the Administration and its constant stream of misinformation. When the doctors see a peak in the virus around the nation, then we can start adding up the economic and financial damage.

Right now, we don’t know enough to make any kind of assessment as to what earnings will be, what unemployment will be, how long it will take the economy to get back on firmer footing, and at what rate of growth it may or may not return to. Given that, the probabilities of trying to invest in the stock or credit markets successfully has about the same odds as playing the blackjack table in Las Vegas (if you can find one that is still open).

The unemployment numbers, which doubled again this past week to 6.6 million new jobless claims, was higher than expected. Friday’s monthly jobs report for the month of March was expected to be a loss of some 100,000 jobs but the number came in at 701,000 jobs lost. It is simply another indication of people trying to game the economic effect of the pandemic without all the facts. The markets swooned on that data, but bounced back, thanks to some good news in the oil market.

The price of oil has evidently dropped to a point where the Russians, Americans, and Saudis have decided enough is enough. The turnaround began with a series of tweets by the president, who is taking credit for getting Putin and the Saudis to at least negotiate a truce. The price of oil has skyrocketed as a result, up almost 30% in two days since the news broke. That is good news for our shale producers, who were teetering on the economic edge ever since the price war erupted.

Over the next few weeks, we should be able to form a clearer picture of what is in store for the country and the markets. Remember that markets tend to discount the future rather quickly.  In the absence of any good news (a vaccine or a cure), it wouldn’t surprise me if we retested the recent lows. The new virus cases and deaths should continue to climb and that would likely put added pressure on investor sentiment.

My advice is to hang in there. Give it time. Even a hurricane like this will ultimately pass and when it does the sun will break out on all of us.