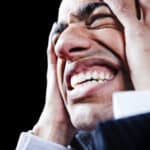 It was a volatile week in the markets. Profit-taking, concerns over Europe and our own weakening economy had investors guessing on what the next market move will be. That’s easy, it’s up.

How can I be so sure? The market is behaving according to script. As I wrote last week, the same kind of up and down gyrations that occurred after QE II was announced is impacting the markets today. For those who missed out on the big jump in prices after the Fed announced QE III, this week stocks gave that move back giving all of us a second chance to get in at more reasonable prices.

Clearly investors are skittish. I received a number of client calls asking whether my market strategy remains intact. It is remarkable that just a few down days in the S&P 500 Index could cause my phone to ring off the hook. The fact is that after an almost straight up performance since early June, investors find a couple down days in the market to be strange and uncomfortable.

Well folks, I could remind you of the volatility you experienced over the last year when markets moved up and down 3% in a day. This sell-off is mild in comparison, but how soon we forget! Try to remember that profit-taking is how markets work off overbought conditions. Sometimes it is a sideways consolidation, which we have enjoyed most of the summer, and sometimes markets correct through price declines.

I warned investors to expect at least a 3% pullback. To date, if I measure the intraday high and low of the S&P 500, we have corrected by about 3.5%. That’s close enough for me. Sure, it could go lower but I’m not sweating the small stuff. Every year stock investors should expect a couple of pull-backs of 5% or more.

That does not mean that I am discounting the concerns investors have voiced over the slowing of the U.S. economy. The latest batch of economic data has been awful. GDP grew at an anemic 1.3% pace in the second quarter, which is down from the previous estimate of 1.7%. Several big bellwether companies that are considered proxies for the economy have also pre-announced reductions in earnings based on their outlook for the economy. That makes the up-coming third quarter earnings season problematic.

Over in Europe, Spanish and Greek demonstrations in the face of even more austerity measures by their governments have people jumpy. Spain’s economy, in particular, seems to be circling the drain at an accelerated rate. To make matters worse, Catalonia, the economy’s engine of growth and Spain’s second most populous region, wants to secede and become an independent nation. Slowing growth in Asia is also contributing to a growing sense that, if left to its own devices, the global economy is poised to tip back into recession. And here lies the crux of the issue.

For the most part, the governments and central banks of all these nations are fully aware of this risk. It was why central banks in Europe, China, India, Japan and a number of other countries have already announced massive stimulus programs to head off this decline. Did investors really imagine that the Fed was launching an open-ended QE III because our economy was in good shape?

Remember, the stock market has already discounted these trends but has yet to discount the impact of massive global stimulus that is pouring into these countries as you read this. Stay invested.