As Japanese Prime Minister Shinzo Abe’s visit to the United States winds down, politicians in both houses of Congress need to decide whether the proposed Trans-Pacific, 12-nation trade pact makes economic sense. It does and we should jump on it. 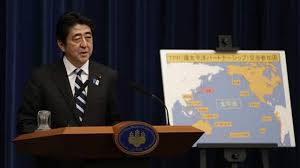 Through the years I have been in favor of more trade, rather than less. At the same time, I recognize that trade agreements, by their nature, means that in every country some sectors win and some lose. If you can produce something better than I and at a lower price, why shouldn’t I take advantage of that?

Yet, there is always vocal opposition from those who perceive their position will be threatened. Those who stand to gain usually keep a low profile (while behind the scenes lobbying furiously for passage). This pact is shaping up to be no different.

Most economists and trade experts believe that Japan stands to gain the most from this Trans-Pacific Partnership (TPP). For them (and us), there are two controversial sticking points. We want Japan to dismantle their long history of protecting domestic auto dealers from U.S. imports. In exchange, Japan would like America to remove our barriers to car and auto parts imports from their country.

Japanese negotiators argue that American auto manufacturers have simply failed to design cars that appeal to Japanese consumers. Smaller, Eco-friendly vehicles sell well in Japan. American autos, they claim, pollute more and are too large for Japan’s narrow streets and highways. American manufacturers’ claim those are simply excuses with no real merit.

That may be true, however, European automakers do not appear to have the same issues. Fourteen European manufacturers, led by Germany’s Volkswagen, scored a record number of new car registrations over the last two years. The Japan Automobile Import Association found that 66% of these foreign imports qualified for a Japanese tax reduction for eco-friendly cars, while not one American auto import qualified for the same tax break. In addition, the Europeans are expanding the number of sale outlets they maintain in Japan, while U.S. importers have reduced their number.

That may be so, but if we look at the overall numbers, European autos account for less than 5% of total car sales in Japan, while we languish at a low 0.03% market share. In comparison, Toyota alone commands a 14.6% market share in the U.S.. Honda holds an 8.2% share, while Nissan accounts for 9.4%. Clearly, this trade relationship is wildly lop-sided and has been for decades.

Agriculture is another area where Japan needs to let down the barriers for its own good. The Japanese only generate about 44% of their daily caloric intake from domestic farming production. This is largely due to an antiquated system that prevents corporate agricultural development. The Japanese farming lobby is hell-bent on preserving the individual farmer, no matter what the cost to the consumer or the country.

Prime Minister Abe understands this (as has many of his predecessors). The difference is that he is doing something about it. He has been chipping away at these barriers in order to spur economic growth. A TPP deal would allow more American beef and pork imports into the country. That works for him. Facing competition from abroad, domestic farmers would hopefully respond to the challenge by embracing economies of scale and opening up this closed community to corporate expertise.

The TPP could be a good deal for all involved. Protectionism is not the answer, in my opinion. That just allows inept and uneconomical practices to continue unimpeded. Predictably, some Democrats oppose the pact, fearing it will cost the country job losses in the auto sector. Republicans on the other hand, especially from rural farming states, are pushing the deal for obvious reasons. I find that trade deals like this are good for the consumer, whatever the country, even if, in the short-term, some workers could get hurt.