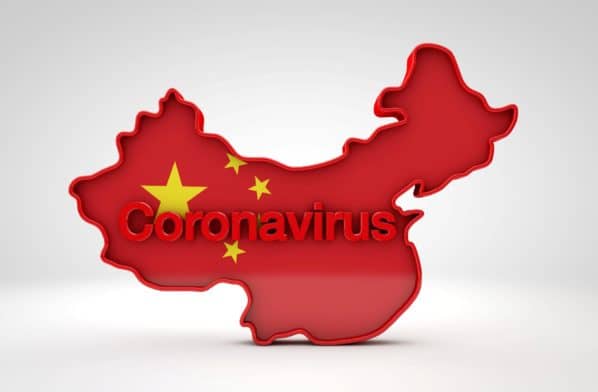 The death toll mounts. The number of cases worldwide builds. Every new update drives the stock market up or down. Where it will end is anyone’s guess.

It is called a “geopolitical” event. We suffer through them from time to time. The assassination of Iran’s key military leader followed by the Iranian rocket attack on two Iraqi military base that injured dozens of American servicemen was the last such event. We never know when they will occur and, in some ways, these events are simply the price of doing business in the financial markets.

Some market watchers, while recognizing the severity of the coronavirus outbreak, argue that the markets needed to correct anyway. This outbreak was simply the excuse investors needed to pull the trigger and take profits. I believe there is some truth to that opinion.

However, we should recognize that the coronavirus will most likely put a dent in economic growth around the world. Certainly, in the case of China and other nations closer to the epicenter of the outbreak, we can expect a slowdown in economic growth. After all, you simply can’t shut down 16-plus major cities during the Chinese New Year, the largest consumer spending day in that country, without consequences to business.

In the U.S., a host of companies should also feel the heat as they too suspend business in their Chinese operations. This quarter’s earnings season revealed that 25% of company managers expect some impact to their bottom line as a result of this calamity.

There have been some reports in the media (and accusations by others) that the number of cases reported by the Chinese government are being deliberately low-balled in order to soften the blow on business and to reduce the chance of whole-sale panic. So far, the World Health Organization, while sounding a global health emergency, is more concerned about the spread of the virus in countries with weaker health systems than what is happening in China, where more than 10,000 cases have been reported.

While no one can know for sure how long, or what ultimate impact this disaster will have on economies and markets, I believe that like all geopolitical events, they have limited impact and are of short duration.  I can see a 5% decline in the S&P 500 Index as a predictable outcome, but not much more than that. We are already off 3% from historical highs, so I am not talking about much, maybe a decline to 3,200 or a little below that on the index.

This week’s Federal Open Market Committee’s decision to hold interest rates steady turned out to be a snooze fest for investors. In the Q&A session after the announcement, Chairman Jerome Powell did mention that the Fed planned to begin tapering their purchases of short-term U.S. Treasury bills by the second quarter of this year. He reiterated that the purchases they have made since last September were “not QE” and the Fed could not be held responsible if the financial markets thought differently. Maybe investors are finally beginning to believe that, which may also have contributed to the present sell-off.

As of Friday’s close, I suspect that we will have given back most (if not all) of the gains we have enjoyed since the beginning of the year. That should have been expected, since historically, we usually have a late January-into-February pullback in the markets. My advice is to look beyond this event and focus instead on regaining the record highs sometime before the end of the first quarter.

Bill Schmick is registered as an investment advisor representative with Berkshire Money Management.  Schmick’s forecasts and opinions are purely his own. None of the information presented here should be construed as an endorsement of BMM or a solicitation to become a client of BMM.  Direct inquires to Bill at 1-888-232-6072 (toll free) or e-mail him at email hidden; JavaScript is required