The world’s largest ever gathering of politicians arrives in Paris this week to wrestle with the growing problem of rising seas and extreme weather. The good news is that man-made global warming may at last be taken seriously by most nations–except our own. 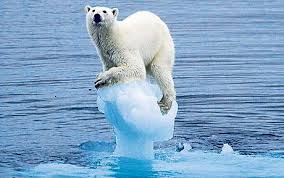 The two-week conference is being held under extremely tight security in the French capital, just days after the ISIS attack that killed 130 people. The group of 150 heads of state and representatives of 195 governments will attempt to slow, if not stop, the environmental destruction caused by greenhouse gases emissions worldwide.

Citibank, one of the largest financial organizations on the planet, predicts that the world economies could lose at least $44 trillion in economic activity between now and 2060 if global warming is not addressed. They are predicting that at 1.5 degrees of warming, global GDP will fall by $20 trillion. At 2.5 degrees, the economic damage will be $44 trillion. Many scientists believe global warming will surpass those numbers and hit 4.5 degrees of warming.

If so, the bank believes the economic downside could be as much as $72 trillion. And this prediction, coming as it does from one of the nation’s most stalwart bastions of free markets and capitalism, is sobering even to the most conservative elements of our nation.

Of course, you wouldn’t know that if you followed the GOP primary debates. Only Chris Christie, Governor of New Jersey, (among the front runners) even acknowledges that global warming is an issue. Grudgingly, he admitted to the possibility of a problem but had no solution other than to invest “in all types of energy.” Although George Pataki and Lindsey Graham have admitted that climate change is real and caused by humans, they are not really considered front runners and have provided even less in the way of solutions.

The rest of the Republican field has taken the opposite tact by attacking the Democrats, specifically President Obama’s efforts to address climate change. Part of their problem and that of the United States overall, is that we, along with China, as the world’s largest economies, contribute the most to the world’s growing global warming problem.

Politicians in America realize that any deal we make with the rest of the world to clean up the mess will largely fall on our shoulders. Most Americans realize that and are willing to shoulder the responsibility. However, most Republicans (a large but distinct minority), have chosen to take a short-term but expedient route by denying that global-warming even exists. By their reasoning, there is no need to spend any money on a problem that does not exist.

The Chinese, the second largest polluter, has been playing follow the leader. If the U.S. won’t get off their butt and own up to their part in the world’s pollution, why should they? Of course, when the smog and pollution is so bad in Beijing and other cities that gas masks are in order (simply to breathe), denial of these environmental problems becomes both ludicrous and somewhat embarrassing.

It may explain why the Chinese have taken an early and quite public approach to combating the problem during this two-week event. Nations will be working on proposing a worldwide legally binding agreement to lower greenhouse gas emissions. To date, most nations have promised a great deal to promote climate control, but failed to do anything substantive once they returned home.

In the case of our own country, I don’t expect much. Regardless of whatever the Obama Administration might agree to do at the conference, the agreement would still need to be ratified by Congress. In an election year, that would be a non-starter. Shame on us.