Have you noticed that you are buying more products via the internet? Do you find yourself showroom shopping when you do make the trip to that department store or mall? It is happening to all of us and as it does, the traditional brick and mortar retailers are feeling the loss. 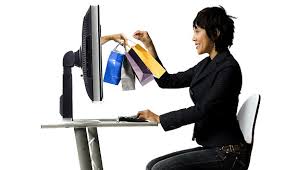 That doesn’t mean the demise of malls or department stores altogether, but over the next decade there will be less of them, especially in depressed areas of the country. The main culprit in this story is E-commerce or internet shopping. In the first quarter of this year, E-commerce accounted for $74.9 billion. That might sound like a lot of money but it still only accounts for 7% of overall consumer spending in this country.

Still, on-line shopping has taken market share every year since it began and is growing at roughly 8% per year. Its main attractions are convenience, lower prices and increasingly, free shipping. Clearly, without the overhead costs of physical storefronts, E-commerce companies such as Amazon can undercut traditional retailers at every turn. As more and more internet retailers develop huge logistics networks around the country, it will become both easier and cheaper to ship to their customers.

Wall Street analysts are quick to predict the demise of malls, shopping centers and department stores. They estimate that the brick and mortar crowd will need to close as many as 20% of their stores nationwide in the future. Weaker retailers (like Sears and J.C. Penny) will bear the brunt of shuttered shops.

In addition, they are establishing “loyalty programs,” which reward the shopper by discounting merchandise. They are also issuing their own credit cards with various bonus schemes attached to how much you purchase on those cards. You may have also noticed that in certain stores there are more and more interactive or digital displays for comparison shopping on the spot. Other stores have developed entertainment for the kids while the parents shop as well as eateries and other efforts to enhance the experience of your shopping trip.

So don’t play taps for traditional retailers just yet. There are also some things an online website just can’t replicate. You can’t, for example, touch and feel a product before buying it on the internet. That doesn’t stop someone like me from checking out the product and price in the store and then buying it on the internet anyway. That’s called the “showroom effect.” In my own case, however, if the store has a knowledgeable and professional staff, depending on the product, chances are that I will buy it in the store anyway.

Higher-end retail stores and malls will continue to thrive, in my opinion, as they meet the challenge of the internet. Just check out your neighborhood Apple emporium to get a taste of what the future brick-and-mortar stores will look and feel like. The experience will be worth the trip for many. And let’s not forget the social aspects of shopping, at least for those of the Baby Boomer generation. One elderly client I recently talked with admitted that he loves shopping and enjoys wandering the aisles checking out new and varied products.

I imagine that there are people of all ages that still “hang out at the mall” or just visit the brick-and-mortar storefronts for a day of shopping; but the younger you are, the less likely that you will want to spend time doing that.

In summary, there is still going to be room for both clicks and bricks kind of shopping in the future. At least until the likes of Amazon can somehow bring virtual reality shopping into our living rooms. Don’t laugh; I wouldn’t put it past them to be working on something like that right now.