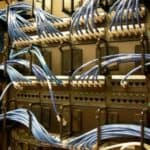 In this brave new world of ours, it is no longer enough to simply offer the lowest cost product. Product innovation is now critical to a company’s success. U.S. companies are discovering it is becoming harder to innovate when their manufacturing plants are half a world away.

Just look at the competition in hand-held devices, medical technology, and a plethora of other hi-tech products, the highest sales go to the innovators with the most dependable products. But innovation doesn’t stop there. Increasingly, even basic manufacturing products from wing nuts to autos are experiencing a transformation. Corporate teams of designers, engineers and workers on the assembly-line find themselves collaborating like never before to produce a smaller, sleeker and more energy-efficient mouse trap, just like they did in the days of Henry Ford.

In order to do that, many companies are realizing that they need their manufacturing processes and factories closer to home. That realization is fueling an “insourcing” of jobs and manufacturing back to America. That’s good news for the future of this country and its workforce.

Readers may recall my column, “Made in America Returns” back in June of this year. In that article, I attributed the renaissance in American manufacturing to lower energy and transportation costs here at home as well as the narrowing of labor costs between American workers and those unskilled workers of China and other emerging economies.

But that is not the entire story. A recent article in “the Atlantic” by Charles Fishman, entitled “The Insourcing Boom,” caught my eye. He chronicled the recent experiences of General Electric in transforming their defunct Appliance Park, Kentucky manufacturing headquarters into today’s cutting edge producer of basic products like water heaters, refrigerators and dish washers.

As a resident of Pittsfield, MA, anything “GE” is of interest to me and my clients. Back in the day, Pittsfield was the headquarters of this red, white and blue manufacturing juggernaut. That is until Jack Welch, its former CEO, got it into his mind to ship most of our manufacturing jobs off to China and other cheap labor centers thirty-some years ago.  The same thing happened to Appliance Park. Both towns were devastated. Pittsfield is only now beginning to recover.

Appliance Park, on the other hand, is actually undergoing a revival of its original purpose, manufacturing American-made appliances, thanks to some recent discoveries by present GE management and its current CEO, Jeffrey Immelt.  After failing to sell the facility in 2008, management resolved to ‘make it work’ at the huge six-factory complex. It soon realized that they could make highly efficient, higher quality appliances here at home at a lower cost than could be produced elsewhere.

The key, as more and more companies are beginning to understand, to creating truly innovative products, regardless of their nature, at a reasonable price, is having all the pieces of the product creation puzzle in the same place.  Over the past few decades that principle was lost and forgotten as U.S. companies rushed overseas to take advantage of cheap labor. In today’s marketplace, however, cost is taking a back seat over quality and innovation; something more and more consumers are demanding and willing to pay for.

Input from those in the manufacturing process is becoming integral to engineering and designing a better, more competitive product. You can’t do that when your widget is being made on a Chinese or Indian factory floor in a different time zone, by workers who can’t speak English. Although this trend should benefit our own workers, the question to ask is:

Is our workforce prepared for that challenge and opportunity?  In my next column we will address the issue of skilled workers, or the lack thereof, in America.