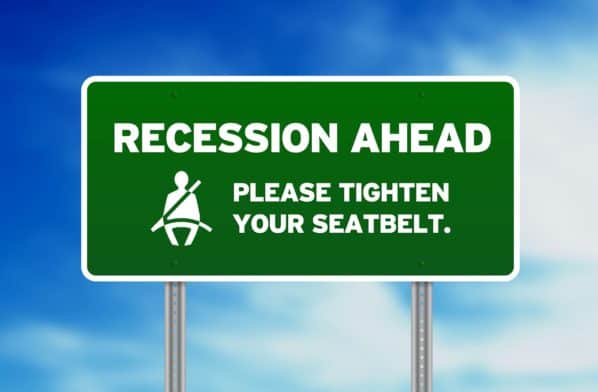 The one-two punch of a worldwide pandemic, plus the sudden sharp decline in energy prices have increased the odds that the U.S. economy could fall into a recession as early as this year. The fact that we still do not know the economic damage of the COVID-19, only increases the odds of a prolonged economic downturn.

At this writing, the number of cases and deaths attributed to the pandemic is growing, which is moving both consumers and businesses to dial back their spending on travel, conferences, large events and various work processes. As schools close, more and more parents are stuck at home instead of going into the office. This is also causing increased disruptions in productivity as companies begin to direct some of their work force to stay home. The recent government decision to bar travel from continental Europe doesn’t help the economic situation either.

To be sure, none of the economic data so far reveals any impact from these actions. Unemployment still remains at a thirty-year low. The economy is still growing moderately and, until recently, the stock market was celebrating record highs.  However, all of those statistics are backward-looking.

One way to suss out how bad things may get in the future is to check out the nation’s seaports. After all, 90% of world shipping goes through their ports, which provides a good read on world trade. The story from the seaport side is not encouraging.

The Los Angeles port saw cargo fall 23% in February and officials there see first quarter volumes dropping 17% or more. The Port Authority of New York and New Jersey are expecting at least 10 out of 180 ship arrivals to cancel. That doesn’t sound like much, but they are expecting far more cancellations than that. In Texas, the Port of Corpus Christi, which is the largest source of U.S. oil exports going overseas, is now expecting big cutbacks in their business thanks to the decline in oil prices.

The Federal Reserve Bank was worried enough last week to have instituted a 50-basis point cut in interest rates and has promised to do more if, and when, it is necessary. The threat of recession normally evokes a response from the Fed. It appears that next week, most market participants expect the Fed to initiate yet another interest rate cut and possibly a new round of quantitative easing.

A slower economy and declining energy prices also pose some risks to the nation’s corporations. Thanks to low interest rates that have been readily available for corporate borrowers over the last several years, a number of American companies may have borrowed a little too often. The results are that today there are some heavily leveraged companies out there that are up to their eyeballs in debt. If a recession were to begin, investors worry that not all of these companies will have the financial resources to weather a long downturn.

Likewise, lower oil prices pose a risk for many energy companies (and the banks that lend to them). There are about $100 billion in outstanding bank loans to energy producers through lines of credit, which are based on the value of a company’s oil and gas reserves. These credit lines are evaluated twice a year.

The last time this was done oil was at $50/bbl. If oil remains where it is (below $35/bbl.), a lot of oil production, especially among shale producers, won’t be worth extracting, which means companies will no longer be able to borrow against production and must immediately repay their loans to the banks.

While we are in the early days, and the dollar and cents hit from the pandemic might not be as serious as many predict, the economic signs from China, indicate the opposite. The early data is breathtakingly bad, even though China, unlike, our own country, responded to the virus threat with quarantines and massive amounts of both economic and monetary stimulus.

Despite more than two months of evidence from countries such as China, Iran, Italy, South Korea and more, Donald Trump chose to downplay the response to this national threat. Only this week, when it is now too late to stem the tide of infection and the subsequent impact on our economy and financial markets, has Trump seemed to realize how badly he has miscalculated. In my opinion, that miscalculation has upped the probability of an imminent recession to an almost certain bet. It is simply a question of how deep and long the recession will be.

A combination of stronger economic growth, declining interest rates, and expectations that the economy will get even better pushed the U.S. stock markets to another set of record highs this week. As fears of higher bond yields continue...
According to a survey performed by AlixPartners (AP), U.S. consumers are the “most anxious” about their health and finances. Chinese consumers rank the lowest in terms of anxiety pertaining to those issues. AP’s April 2021 survey concluded that “half of...
COVID-19 effectively put a halt to most elective surgeries. As the nation gets vaccinated, however, medical authorities have given the all-clear to a resume those surgeries. But will patients come back? The answer to that question is important...