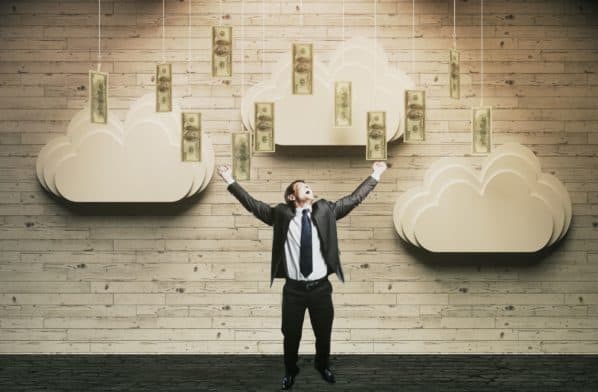 Financial markets rebounded this week, despite the escalation of the number of coronavirus cases worldwide. The upturn may have surprised some, but their mistake was underestimating the power of central banks to support the markets.

The bear case last Sunday evening was that the Chinese stock market would crater upon opening after being closed for Golden Week, the traditional Chinese New Year. While Shanghai did open down 9%, it quickly reversed and spent the rest of the week climbing out of that hole.

The main reason for this rebound was the announcement by Chinese authorities that they were prepared to support their financial markets. Publicly, they announced a $22 billion injection into the banking system to provide additional liquidity and support the Chinese currency, the yuan. Here at home, our Federal Reserve Bank continues its “Not QE” repo market operations. Who knows what other actions other central banks have also implemented to calm markets this week?

The end result of all this additional money hitting the system was that financial markets once again climbed higher and higher until U.S. markets not only recovered all they had lost (less than 3%), but went on to make new historical highs.

Last week, I advised investors to look beyond this coronavirus scare. I was expecting no more than a 5% correction at worse, so the quick dip and recovery seems to have confirmed my views. That said, we do need a pause of sorts after five days of gains and that was what happened on Friday.

The labor market seems to be hanging in there, according to the latest non-farm payroll data announced on Friday. U.S. employers hired more workers than economists had expected. Forecasts were for gains of 165,000 jobs, but the number came in at 225,000. Wage gains were modest, bringing the total to 3.1% year-over-year. While a good report, I wouldn’t get too excited about it.

The good weather we have had over the last month had more to do with the surprise wage gains than the economy. That’s not to say it wasn’t a good number; just a little inflated in my opinion. I expect that there will be some ups and downs in the macroeconomic numbers both here at home and around the world over the next few months. The vast majority of economists are convinced that the Chinese-born epidemic will have an impact on economic growth. Exactly how much is impossible to predict.

China appears to be doing all they can to alleviate the worst effects on the economy. They have already lifted tariffs on a number of American goods this week and are promising a great deal of fiscal and additional monetary stimulus to combat the expected slowdown in the economy due to the coronavirus. However, there will be an impact and when China sneezes, the rest of the world catches a cold, including our own country.

One positive by-product of the unfortunate virus and subsequent sell-off is the US Advisors Sentiment survey. Regular readers know I watch bullish sentiment as a contrarian indicator of where the markets might be heading. This week, the number of bulls tumbled from 52.8% (a sure-fire indicator that a correction was in the offing) to below 48%, which is a much more reasonable number.

I know that the higher the markets climb, the more nervous investors may get. That’s a good thing. There is very little exuberance among my clients and given the continuous stream of negative events (geopolitical or otherwise) that we face on almost a daily basis, it is understandable. Yet, remember my “Walls of Worry” principle—markets climb walls of worry. I see further gains ahead, so stay the course. The upside may surprise you.