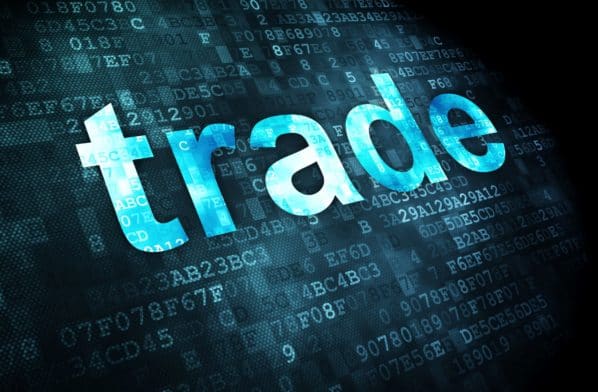 The Phase One trade deal with China was signed with a great deal of pomp and circumstance this week. While happy that trade tensions on both sides have been reduced, the vast majority of Wall Street players saw the deal as a win for China.

After almost three years of threats, bluster and on-again-off-again tariffs, we are right back where we were before Donald Trump was elected. Yes, China has agreed to purchase an additional $200 billion in U.S. goods over the next two years, but the trade deficit was always the wrong metric when comparing our overall trade with China.

Trade imbalances are caused by capital flows. Don’t take my word for it, just ask any economist in the world. In addition, the U.S. dollar is the currency of choice around the world and our U.S. Treasury debt is also considered the safest in the world. Those two factors create an environment where foreign investors use dollars earned from exports to purchase U.S. assets and not U.S. goods.

The president’s entire focus on trade imbalances has been bogus from the start. One can only assume that either he does not understand that key point, or that his political base can’t grasp anything more than a simplified and erroneous concept of trade imbalance as the source of all our problems with China.

In theory, under this new deal, U.S. exports should increase to $263 billion this year and as much as $309 billion in 2021. That should provide the president with good optics on the campaign trail. The lion’s share of the $200 billion in the deal would be in manufactured goods, followed by energy, services and agricultural goods. If the truth be told, much of what China needs from us is on this list.

They want more oil and LNG from America to counterbalance their energy suppliers in the Middle East. U.S. financial services and insurance have long been on China’s shopping list since these are areas they need in order to broaden and add competition to their own sectors. Telecom, cloud computing, and intellectual property are also on the list. As for food imports, all of the goods they have agreed to import are in short supply in their country.

Supposedly, some provisions on intellectual property enforcement and protections against forced technology transfers have been included in the Phase One deal. It remains to be seen whether or not these points have any teeth or are just “understandings” between the two countries.

As I have written before, the really tough issues have been rolled back and await a Phase Two agreement. The president has already warned that this will take time and probably won’t happen before the November elections.  Peter Navarro, an assistant to the president and one of the administration’s most hawkish on China, wants China to stop subsidizing its state-owned enterprises.  He also wants China to halt what he called “cyber intrusions” that hack into American businesses and steal our trade secrets.

Clearly, intellectual property protections and technology transfers, along with state subsidies, are going to mean changing some of the fundamental tenants of the Chinese economic and political system. That could take years to achieve, even if the Chinese were willing to do so.

In the meantime, the threat of tariffs and more tariffs remains on both sides and will act as a barrier and a weight not only on both countries’ economies, but also on the rest of the world. There is already concern that the president will now turn his sights on Europe and once again threaten tariffs on their imports as well.

Fortunately for us, throughout the last few years we have enjoyed moderate economic growth and robust employment. Those factors shielded most of our economy (but not the agricultural or manufacturing sectors) from the worst of Trump’s trade tirades. What would happen if, over the next four years, conditions change and/or the economy fell into recession? Could the world and the U.S. economy survive four more years like the last three?