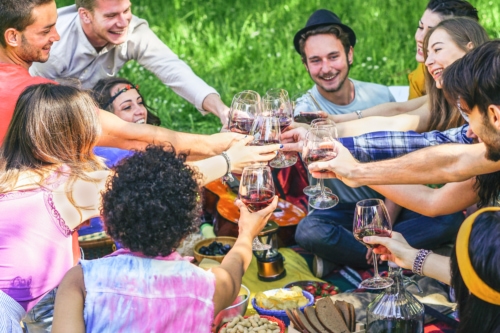 When does a loan not feel like a loan? That is the idea behind one of the more exciting new concepts being floated by the financial technology community. It is an idea that is just catching on here in the U.S., but it could challenge traditional credit cards over time.

Are you really going into debt when you buy something and pay it off in a set number of installments? Technically, yes, but it doesn’t feel that way, especially if you are paying 0% interest on the installments. That’s evidently what Square, a leading financial service, digital payments company believes when it announced this week it was acquiring Afterpay, an Australian-based Buy Now Pay Later (BNPL) company in a $32 billion all-stock deal.

So why all the fuss over BNPL?

E-commerce companies are betting that younger Americans, who do most of their shopping online, are not as excited as their parents and grandparents were with the benefits of credit cards. They may be unwilling, or unable to open credit card accounts. Instead, many Millennials are following the example of Europeans, who have traditionally avoided credit cards and the debt that comes with them.

In Europe, where BNPL accounts for 7.4% of E-commerce payment methods last year, consumers are more willing to buy an item online, even though they may not have the full amount of the purchase available in their bank accounts. As long as they honor the terms of the installment agreement, everything turns out roses.

Here in the U.S., the idea is catching on. This holiday season, for example, I purchased a new Apple iPad for a loved one through PayPal Holding Inc. The company was offering a BNPL scheme called “Pay In 4” (installments) with no fees.

After reading the fine print, I realized that like so many of these offerings, if I missed a payment, I would be hit with penalties and fees and possibly damage my credit score. After researching the issue, I found out that nearly 40% of U.S. consumers who used BNPL have missed more than one payment, and 72% of those saw their credit score decline.

I am one of those people who pay off their credit card debt in full each month. I confess that I was so worried I would forget a payment, and incur a fee, that I ended up paying off the charge in two, rather than four, installments.

More and more retail websites, however, are now offering these services. The leading providers are Affirm Holdings, Inc., which just joined Apple in a BNPL deal in Canada, PayPal Holdings, Inc, Swedish-based Klarna and Afterpay/Twitter. It is estimated that in 2020, BNPL companies facilitated between $20 billion and $25 billion in U.S. transactions, but that only accounts for 1.6% of U.S. digital payments. The bet is that BNPL will grow as a result of online shopping and the culture clash around credit cards.

Let’s face it, credit card debt in America has a bad reputation. Almost half of all Americans are carrying credit card debt. The average household credit card debt is $5,315.  And while the percentage of revolvers, (those who carry a debt balance on their cards) declined a bit during the pandemic, it still comprises 40.1% of all credit card holders.

But that has not stopped us from accumulating more and more credit card debt. Credit card balances increased by $17 billion in the second quarter 2021 (to $787 billion), according to the New York Federal Reserve’s Household Debt and Credit report. While that is still below the $927 billion amassed prior to the onset of the pandemic, it continues to grow.

The optimists argue that younger American millennials don’t want to be saddled with this kind of debt and fall in the trap of only paying down monthly charges forever and ever. Yes, BNPL is still debt, but only deferred and not forever, so there is little temptation to roll it over. The critics say that more than 40% of those using BNPL can’t get access to traditional credit, either because their credit limit is maxed out, or they have poor or non-existent credit history.