Back in 2018, the government of the United Kingdom and the European Union reached an agreement on exactly how the British exit (Brexit) would occur. Since then, despite countless meetings, discussions and votes, the UK Parliament has failed to approve that process. The new date for an exit is October 31st. Will this really be the end of the story? 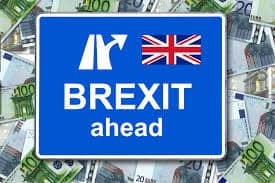 The October extension was really a compromise negotiated by former Prime Minister Theresa May of Britain’s Conservative Party. Some European countries were offering a much longer delay for as much as one year. However, Emmanuel Macron, the French President, insisted on a much shorter time period.

Macron and some other European leaders are worried that the toxic atmosphere within Britain, which has been building ever since the exit vote back in 2016, could spill over and infect sentiment within the populations of other European countries. The longer these exit negotiations go on, the more likely other European countries might be persuaded to follow the UK’s lead and announce their own exit plans.

To further complicate matters, Boris Johnson, an outspoken critic of the negotiations (and a leading pro-exit populist), took over as prime minster from May for Britain’s Conservative Party this month. One of his first promises was to accomplish the exit with “no ifs, ands, or buts.”

Johnson has vowed to leave the EU by October 31, regardless of whether or not a deal with the EU can be inked. In addition, he and his cabinet have demanded a change in the terms of the negotiated deal, which have surfaced before, and were rejected repeatedly by the EU.

Many Brexit watchers believe Jonson’s tactics are simply a ploy to bring a no-deal Brexit plan to a vote in Parliament where it would be rejected. That’s a safe bet, since the majority of MPs (Members of Parliament) are adamantly opposed to a no-deal departure. At that point, Johnson could then call for new elections, positioning himself as the self-styled champion of Brexit.

If Johnson’s threat was to be taken seriously and the UK actually exited the EU on Halloween, the impact could be devastating. All the arrangements, pacts, treaties and trade agreements with the EU would come to an abrupt end. Everything from the free movement of people to policing and security would be called into question. Food, drink, data, finance, aviation, even the supplies of medicine as well as countless other day-to-day items would need to be re-examined.

There would be need for a great deal more government spending and planning immediately to deal with the short falls in all these areas if the exit were to occur over the next three months. Some of this preparation has already begun, but there is far more spending and planning required than time to implement it.

And even if a large and vocal segment of the population simply wants to “get it over with,” regardless of whether or not a deal can be negotiated, that does not end the problem. In the immediate aftermath of a no-deal exit, the UK would be able to continue trading with the EU under the terms of an existing default agreement governed by the World Trade Organization (WTO).

Under the default agreement, tariffs on such things as agricultural goods would be able to continue for a limited time, but the UK would still need to negotiate a permanent deal with the EU. That would involve all the same issues that the UK Parliament is already facing (and failing to pass). The issue would be that a no-deal exit would require decisions on all of the above to be made quickly; something parliament and the country overall has proven to be incapable of doing. Given all of this, I believe the October deadline will come and go so the Brexit story will continue and continue and continue.