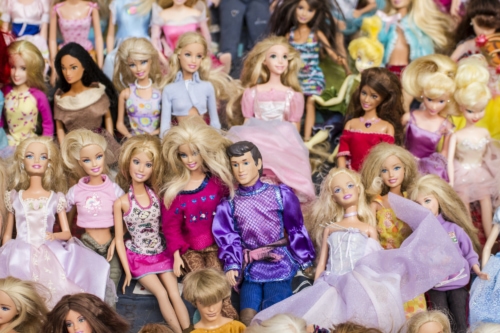 Despite this new age of video games, electronic toys, and diminishing attention spans, children are returning to a toy that is almost as old as me. Mattel’s Barbie doll is back and at the top of many holiday shopping lists.

Some of the credit for Barbie’s new-found popularity can be attributed to the pandemic. The lockdowns and the subsequent search for things to keep children occupied had mothers remembering their own fascination with all-things Barbie.  Buying a Barbie, however (at least until recently), had parents wrestling with several negative stereotypes. Leading the list was the doll’s image of a whites-only toy that ignored the realities of the melting pot we call America. Then there was the all-too-perfect body, which critics said promoted an unrealistic body image.

Consumers took the criticism to heart. In years past, sales declined, competitors gobbled up Barbie’s long-reigning market share, and there was even talk of discontinuing the 62-year-old model from the company’s line-up.

Instead, Mattel’s management, after much soul-searching, decided to revamp their products to better reflect the world they (we) live in.  Taking their cues from the success of Disney’s Marvel and it’s cast of superheroes of every race, age, gender and walk of life, Barbie entered the 21st Century.

Mattel revamped their entire product line and produced news dolls with various skin tones as well as body types. The doll now comes in 94 hair colors, 13 eye colors, and five body types. But they haven’t stopped there. Some models have prosthetic legs or wheelchairs. Ken dolls have also been updated with their own skin colors, body types, and hairstyles.

Mattel has also delved into areas such as wellness and has introduced a line of role model Barbies. The company, for example, recently announced a series of dolls honoring the heroes of the Coronavirus. Covid-19 vaccine developer, Sarah Gilbert, a 59-year-old Oxford University professor and co-developer of the Oxford/AstraZeneca vaccine, is one of six women that have new Barbies modeled after them. Others include an emergency room nurse, a frontline doctor in Las Vegas, as well a Brazilian scientist and a Canadian psychiatry resident at the University of Toronto who battled systemic racism in healthcare.

Mattel has also established a film department and enlisted some social media influencers to help propel their toys into the forefront of popular culture. It appears to be exceeding. Last year, Barbie had its best sales growth in twenty years. The company’s stock price has risen by almost 50%, and analysts are expecting good results for 2021 as well.

And given its long history, certain dolls have become collectors’ items. Barbie debuted at the American International Toy Fair in New York on March 9, 1959. Over the years, thanks to limited edition models, or exclusive collaborations that resulted in a unique doll design, there are about 60 Barbie dolls worth as much as $667,757.

The “I love Lucy” Barbie fetches as much as $1,050, while other expensive collectables such as the Coach Barbie ($1,500) or the Christmas Show Barbie ($2,000) are in demand. There are also Chicago Cubs versions, as well as a NASCAR Official Barbie. Both models are commanding $2,000 or more. Not bad for a new doll that usually retails for under $40. It should come as no surprise that Mattel is now considering turning its collector brands into non-fungible tokens (NFTs) as the next market to explore.

In the coming months, a Barbie movie, starring Margot Robbie, should keep the kids and their parents’ pocketbooks quite busy into the holiday season. In anticipation of the film’s release, management has increased prices for the iconic doll, due to higher commodity prices and transportation costs. The company said it expects full-year net sales to increase by 12% to 14% driven by Barbie’s new-found popularity, as well as demand for toy cars (Hot Wheels) and other action figures.