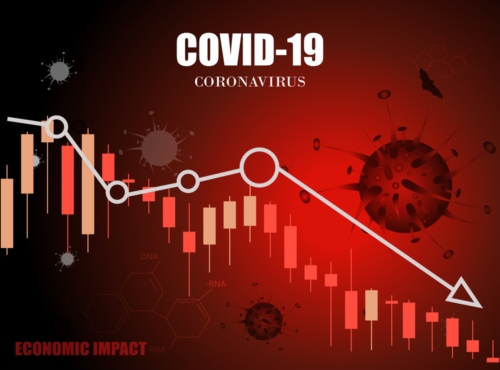 Investors have been giving Congress the benefit of the doubt—until now. A long-promised second tranche of fiscal stimulus was supposed to be passed by the end of the month. The clock is ticking, but the horse-trading has just begun.

On August 1, the rent is due for millions of Americans. The sunset of the $600 in additional weekly unemployment benefits legislation, which amounts to almost 60% of their benefit, will have expired unless Congress acts.  The GOP has dragged its feet for almost two months, hoping that the economy would bounce back, and relieve them of their responsibilities. The GOP and their leaders miscalculated.

Right now, the two sides are far apart. The Democrats want upwards of $3 trillion in additional support, while the Republicans can’t even find agreement within their own caucus on a $1 trillion package.

As in so many disagreements between the parties, politicians will most likely try and pass an eleventh-hour compromise. If that fails, they can always resort to that tried-and-true tactic of extending the deadline. Kicking the can down the road while politicians haggle is better than nothing, I guess, but that tactic won’t prop the economy up for too long. The markets know this.

For the last two weeks, jobless claims have been creeping up, with this week’s 1.4 million job losses representing a potential rolling over in the trend of reducing job losses. That should come as no surprise, given the number of skyrocketing virus cases and deaths in Republican-controlled states. The U.S. now has more cases of COVID-19 than any other country in the world.

The question investors should ask is whether the forced shutdown in some Red State economies is going to be bad enough to reverse the trend of job gains and hurt the national economy over the next month or two. If that happens, it is a foregone conclusion that Donald Trump will go down in defeat in the November elections, as will the GOP majority in the U.S. Senate.  The Republicans know this, so a second CARES Act tranche should be high on their priority list.

U.S. Treasury Secretary, Steve Mnuchin, who has had some success negotiating the first package with Speaker of the House, Nancy Pelosi, is already floating trial balloons,  hinting that the new bill will reduce unemployment benefits to about 70% of the present $600/week, add-on benefit. Another stimulus check to Americans might also be included in the Republican version of a second stimulus package.

All of these negotiations will keep stocks contained, at least until Congress passes this second bail-out. Last week, I worried that the European Union’s $1 trillion stimulus package, as well as the American version, would be delayed by a month or so. However, the leaders of the EU, in a four-day weekend marathon session, actually did compromise and were able to announce an agreement earlier this week. That gives me some hope that our own politicians could actually pull a rabbit out of the hat and pass legislation, even though the two parties have not even begun to negotiate this deal.

Last week, I wrote that the markets would not take kindly to these kinds of political shenanigans, especially in the face of data that suggests the economy is rolling over. The combination of a weaker jobs number, plus disarray among Republicans, sent stocks lower for the week. In addition, on-going Chinese/American bickering resulting in a tit-for-tat closing of a consulate in each country did not help the mood of investors.

The U.S. dollar is weakening and looks like it has further downside ahead. That should be good for commodity stocks, like gold (the topic of another recent column), silver, copper, and other basic materials, but worrisome to the overall markets.

The switch I pointed out to readers last week from growth to value also seems to be working. Industrials, retail, materials, small caps, transportation, and financials are playing a bit of catch-up versus the technology area. In my opinion, that is a good thing and something I would like to continue to see going forward.

As long as there continues to be good news on the vaccine front, markets will be supported. Periodic pullbacks like we are witnessing this week, and possibly into next week, are good for the market. Where I find the greatest risk to the markets and the economy is the re-opening of the school system a month from now. But that is a topic for a future column, so don’t miss it.

Nurses and other healthcare professionals in the Berkshires and across the United States find themselves in a unique retirement situation: the 403(b) offered by their employer can be stewarded by the financial management firm of their choosing...
Bundling up on Black Friday to shop for great deals on TVs, iPods, and holiday gifts while still full of Turkey and stuffing is a thing of the past. While our bellies have remained stuffed, our Black Fridays...
Spam emails, texts, and calls – we all get them. The offerings are usually too good to be true: a free cruise, an inheritance from a long-lost aunt, a free iPhone. Who wouldn’t want to be the lucky...