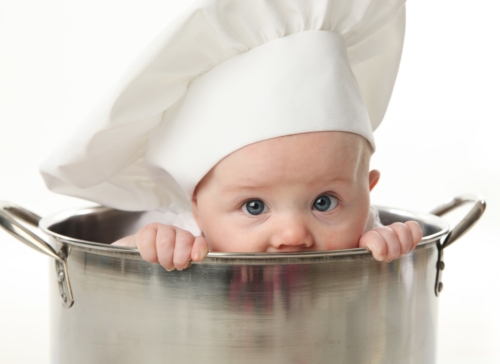 Whether it is recipes, groceries, home gardens, grilling, pots and pans or online cooking classes, Americans have rediscovered the kitchen, thanks to COVID-19. Where once an occasional meal at home, or a single-serve dish for the kid’s lunch was sufficient, times have changed. Home cooking has become a bigger business.

Americans are cooking more and throwing out less food, according to the Food Marketing Institute, an organization that tracks grocery shopping trends. They saw a 40% uptick in home-cooked meals, and a 27% increase in those who were planning more meals in advance in 2020.

However, cooking at home, many Americans discovered, wasn’t as easy as it looked. Those who primarily ate out in restaurants in the past, found that cooking well, and often, takes planning, practice, and repetition.

Everything from storage space to kitchen equipment proved less than adequate for many. A frying pan that was good enough for the occasional grilled cheese sandwich failed the practicality test when cooking entire meals every day for four or five. Basic items like measuring cups, baking tins, good quality kitchen knives, high-performance cookware, non-stick pans, and cast-iron pots have seen a surge in demand.

“How to” cooking and recipe searches are as popular today as videos from Netflix or Disney. Take me, the cook in the family. I love cooking and have been doing so for decades. You would think I know most recipes by heart, but in the last two weeks, I, and evidently millions of other cooks, have been looking up recipes for zucchini, swiss chard, and squash—all produce from all those new backyard gardens that we are now harvesting.

On Facebook, you are as likely to see pictures of someone’s new smoker, or gas grill as you are photos of their family or pets. Telephone conversations more often revolve around instant pots and air fryers than the latest restaurant reviews because they are few and far between.  I know I’m guilty of texting my daughter (cooking runs in the family) for some recipe or other based on a dish she posted on Instagram.

Online shopping and curb-side deliveries for groceries have also risen as consumers found that it was more convenient and somewhat safer than going to the local supermarket. Places such as Amazon grocery sales rose by 32% since the outbreak, while certain brand manufacturers that sold direct-to-consumers saw increases of as much as 100% or more. Deliveries at home have more than doubled since pre-COVID-19 levels.

The traditional brick and mortar grocery store and supermarket have seen revenue gains above normal, running about 10% higher than last year. There has been a notable increase in pantry items as well—rice, soup, pasta, and sauces. Shoppers have also returned to the center aisles where pre-packaged goods are usually found. This is a big change from the recent past, where shoppers preferred to buy items on the store’s perimeter like fresh fruit, meat, and seafood.

That makes a lot of sense to me, since cooking three squares a day can be exhausting at times. At first, when the country was shut down, and there was plenty of time on our hands, “project” dishes and baking from scratch were popular. Today, where working from home requires more time at the computer than in the kitchen, having more pre-packaged meals available gives cooks a break. Even I have succumbed at times to picking up a “Tagliatelle grilled white chicken and portobello mushroom sauce” dinner that is microwaveable in eight minutes.

As the seasons change, and traditional holiday celebrations such as Halloween, Thanksgiving, Hanukkah, and Christmas approach, I would expect that America’s kitchens will continue to get a workout unless, by some miracle, the pandemic should end. In the meantime, I will start researching trick-or-treat cupcakes. What about you?