As the stock market makes new highs, investors tend to get greedy. They also begin to believe that what has happened in the recent past will continue to happen in the future. Actually, history shows the exact opposite. It is time to give the potential downside some thought. 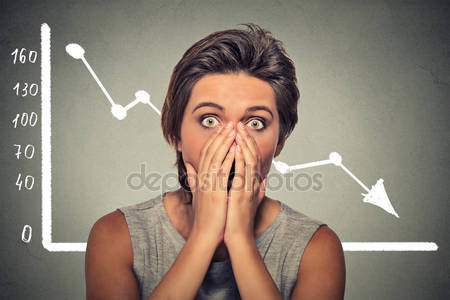 Hope burns brightly in the equity markets right now. Many on Wall Street believe that the Republican-dominated Congress, led by Donald Trump, “The working man’s president,” will usher in a golden era of strong economic growth and robust financial markets. The problem is that politics and investments make for strange bedfellows.

At some point, I expect that the two will part ways and when they do, look out below. Now, with that in mind, have you given any thought to what you are going to do when the inevitable correction does occur? When your $1 million tax-deferred portfolio loses $120,000 in less than a month, will you panic and sell or will you hang in there or buy more?

This is the time to plan your strategy—not when the markets are down eight days in a row and pundits are predicting the end of the world. Many indicators I watch are predicting that somewhere up ahead, investors should expect a substantial pullback. Stock market volatility, a sure contrary indicator of market strength, has been declining for the past 15 months. The Volatility Index is at historical lows right now.

Then there is the law of physics. What goes up must come down. We are in our eighth year of a bull market. Memories of the 2008-2009 financial crises have faded. It took many investors at least five years after the crash to be willing to dip their toes back in the stock market. Those who have done so have been rewarded. Now that many of us have our entire foot, leg and neck immersed in equities, it is time to expect some downside ahead.

Before you ask, no, I don’t know when it will happen. If I did, I could retire on my tropical island where I would “buy low and sell high.” That said, an exit plan, if that is what you want to do, should be percolating in that head of yours.

For most of us, however, any attempt to sell at the top will be met with frustration, lost opportunity, and in many cases, an emotional decision to re-enter the market at even higher prices. The fact is that major declines are part and parcel of investing in the stock market. Most long-term investors who plan to go to cash may succeed, at first, but they almost always fail to re-invest, or if they do, they re-invest too early or too late.

Sure, you will always hear about this guy or that woman who trades the market. The myth is that these “uber kans” almost always sell at the top, (in the nick of time) and buy back at the lows when everyone is running for the exits. Don’t believe it. Rest assured that the majority of day traders who are constantly buying and selling lose more money than they make and would have made more money if they had simply stuck with the markets.

That does not mean you have to simply take your lumps, although some lump-taking should be expected and it is painful. One can always dial down your risk, become more conservative, shift your investments into more bonds etc. There are risks in that strategy.

Take the run-up to the presidential elections, as an example. Several of my clients were convinced that a Trump presidency would usher in a financial meltdown, WW III, and all sorts of evil developments. They wanted to sell everything and go to cash.

I resisted, convincing many of them to stay with the markets. Several insisted, however, that they wanted to reduce their risks and become more defensive. I obliged their requests. The results: they made about half of what they could have if they had stayed fully invested, but still made more than if they had simply exited the markets and gone to cash. Each investor must decide how much risk they are willing to take and act accordingly.

Before you hit the panic button, however, I see no indications that we will incur anything more than the normal sell-off. Price declines are simply the cost of doing business in the stock market, like paying taxes, or insuring your home.

Neither am I predicting a decline is right around the corner. But when it does occur (and it will), be prepared.  Understand and plan for it now.  If you don’t know, give me a call.